The social standard is relatively good in Vietnam, compared to other poor countries. Maternal and child mortality is relatively low, and few residents now suffer from malnutrition. Almost everyone has running water and electricity in the home.

The proportion of poor Vietnamese has decreased from over half in the mid-1990s to around a tenth today. The gaps between the poor and the rich have increased, but to a lesser extent than in many comparable countries. The inequality that exists has a distinct geographical and ethnic character; those who are still living in great poverty belong largely to minority peoples in the highlands.

With small resources, an already functioning healthcare system was created in the northern part of the country in the 1950s. There, the authorities mainly focused on preventive health care. It gave control of some of the world’s most common plagues, such as intestinal parasites and malaria. In the south, the health situation was worse. 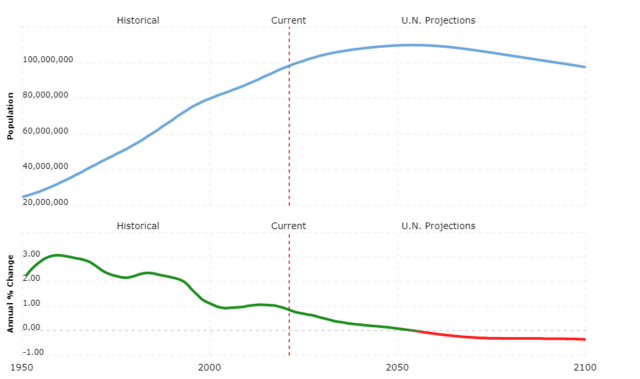 At the end of the war in 1975, the regime faced enormous social challenges. In addition to all illnesses, the war had left invalids, widows and orphans and – on another level – prostitution, drug abuse and crime. In connection with the mass escape from the country in the 1970s (see Modern history) many doctors disappeared. The deteriorating economy in the 1970s and 1980s undermined the social system and the general state of health deteriorated. Diseases that were almost eradicated came back.

After the transition to a market economy, state subsidies on medicines have been reduced and Vietnamese now have to pay for almost all healthcare services. The public hospitals and health centers are worn out. At the same time, private hospitals and clinics have started to grow. Only public employees and employees of individual private companies are insured. War invalids have a modest pension.

The previously mandatory family planning, which ceased in 2003, increased the number of abortions and sterilizations, not infrequently with life-long complications as a result of women. There is still pressure to keep the birth rate down.

The woman is, by law, equal to the man in all respects, which does not prevent conservative attitudes in society from acting in the opposite direction.

Prostitution is widespread and human smuggling occurs, both within Vietnam and to other countries in the region.

Homosexuality is legal and is also becoming more widely accepted. Since 2015, transgender persons who have undergone a gender change have the legal right to register their new gender.

Proportion of population with access to clean water: 91.2 percent (2015)

Proportion of the population having access to toilets: 83.5 percent (2017)

Public expenditure on health care as a percentage of GDP: 5.7 percent (2015)

Activists are sentenced to prison

Human rights activists Ho Thi Bich Khuong and Nguyen Trung Ton are sentenced to five and two years in prison, respectively, for “carrying out propaganda” against the state.

China and Vietnam sign an agreement to manage their conflict in the South China Sea (see Foreign Policy and Defense). Among other things, a “hot line” should be established between the countries and meetings should be held once every six months.

The remediation of the military base in Dan Nang begins with US support (see February 2007).

Elections to the National Assembly are held

Elections to the National Assembly are held.

Thousands of hmong take part in demonstrations in the province of Dien Bien in the northwest, demanding increased self-government, strengthened land rights and religious freedom. There are reports of dozens of deaths when the authorities turn down the protests.