Since the turn of the millennium, Uzbekistan has made some progress in the fight against problems such as poverty and malnutrition. According to official statistics, the proportion of poor people has fallen from almost one-third of the population in 2001 to one-seventh a few years into the 2010s.

Living standards dropped significantly after independence in 1991 as a result of economic downturn and high inflation. In addition, the population grew rapidly and the proportion of residents living below the national poverty line increased sharply. The social gaps widened, and environmental degradation and lack of water and arable land aggravated the problems.

Since the turn of the millennium, the income distribution has been leveled slightly and special investments have been made on vulnerable population groups, such as unemployed young people and poor rural residents. Among other things, the government has tried to create new jobs in the countryside. 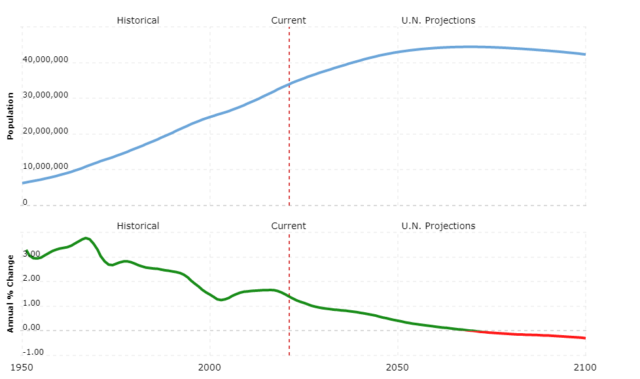 The Soviet social security system, including pensions and maternity benefits, remains. However, the contributions have been severely eroded. Students, pensioners and other low-income groups receive extra grants. Some groups also benefit from lower taxes and sometimes avoid paying rent.

The social protection network is based on two state funds financed by the taxpayers. These funds pay out retirement and sickness pensions as well as unemployment benefits and pay retraining courses for the unemployed. Since the 1990s, grants have been paid to low-income earners and to families with children under 16. Special support is paid to mothers with children under two years.

Although the health care system – even a legacy from the Soviet era – holds a reasonably acceptable standard, it has been adversely affected by the emigration of Russian doctors and lack of money. However, government grants for healthcare have increased in recent years. The worst is the conditions in the countryside, where in many places there is a shortage of medicines and medical equipment. In larger cities, there are private clinics for those who can afford it. It is often possible to bribe past the long care queues.

Tuberculosis, jaundice, diphtheria and gastrointestinal disorders are problems, especially in the Karakalpakstan on Lake Aral, and cardiovascular diseases and chronic liver problems have increased. Another health problem is the poor drinking water.

Drug abuse is widespread, especially in Tashkent and in the areas closest to Afghanistan, where drug smuggling is widespread.

Uzbekistan is a male-dominated class society. The old “nomenclature” of the Soviet era (that is, higher party officials), government officials, and leading militaries has retained its extensive privileges.

Legally, the woman’s position is relatively good, but in practice it looks different. When the inheritance for parents is distributed, the sons usually receive about twice as much as the daughters. The house is usually inherited by the youngest son, whose responsibility it is to stay there and take care of any remaining parent. The wife is responsible for the household, including the family budget.

About half of all employed people are women, but almost all managerial positions and higher administrative positions are held by men. Women are also underrepresented in politics.

Marriage is central to Uzbek life, as the family is the hub of society. Arranged marriages are still common in the countryside. Most marry early (women get married at age 17, men at 18).

In divorce, it is almost always the mother who gets custody of the children. All children are expected to participate in the family’s work and household chores. Respect for the elderly is important and the children learn early to never oppose an adult.

Human trafficking of women and girls is prohibited but still occurs. Women’s abuse is also prohibited by law, but if domestic violence occurs, it is often seen as a family affair rather than a crime.

Traditional values ​​mean that sexual minorities are rarely accepted. They therefore belong to the most vulnerable groups in society and are often subjected to harassment. Sexual intercourse between men is punishable, but prosecution is unusual. There is no corresponding law that prohibits gay relationships between women.

Proportion of population with access to clean water: 91.5 percent (2012)

About 40 children are infected with HIV in hospitals

Anonymous spokeswoman for the health authorities reveals that more than 40 children have been infected with the HIV virus at a hospital in the city of Namangan.

Uzbekistan announces that it is leaving the Eurasian Economic Community (Eurasec) (see January 2006).

The EU eases sanctions once again

The EU is further easing the sanctions against Uzbekistan imposed after the May 2005 massacre in Andizan.

Regime-critical journalist Solijon Abdurachmanov is sentenced to ten years in prison for drug offenses. He claims that the charges are invented.

HRW representative is thrown out

Regime-critical poet Yusuf Juma is sentenced to five years of forced labor for attacking the police in connection with a demonstration.

Protesters are protesting that President Gulnara Karimova’s daughter is organizing a fashion show in New York, while reports show that Uzbek children are being forced to participate in the cotton harvest.

The US is admitted to the air base

The US is allowed to conduct some operations at the Termez airbase at the Afghan border.

The death penalty is abolished