Many Thais have had better living conditions over the past two decades. This is evident in the statistics on average life expectancy and nutritional intake. But the income distribution is skewed and poverty is still widespread among mountain people and peasants in the north and northeast as well as in the Muslim areas in the south.

Thailand has long invested in preventative health care, such as hygiene, clean water and vaccinations. The results are positive. Almost everyone now has access to clean water and sewage. Infant mortality has decreased, as has the number of women dying in connection with pregnancy and childbirth. 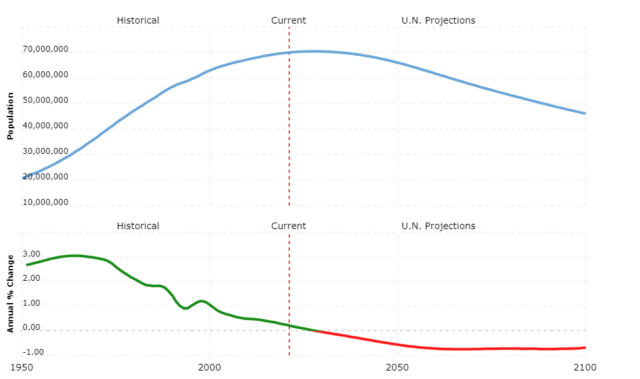 Health care is predominantly public, but as the middle class has grown, private healthcare has become increasingly common in cities. The Thaksin government (2001–2006) introduced a uniform healthcare fee of the equivalent of a few kronor per visit for the country’s poorest. An independent control authority must ensure that the quality of care is the same in different parts of the country.

All companies with more than ten employees must pay money into a fund that gives the employee a certain right to health care, parental leave and disability and death insurance. However, a large part of the population is not covered by this insurance. A pension system was introduced during the 2000s. However, the family still constitutes the most important social security network for most residents.

Thailand is estimated to have hundreds of thousands of prostitutes, including many children who are often forced into prostitution to contribute to the family’s livelihood. The majority of children come from poor areas in the north. Prostitution and sex with children is illegal. Anyone who violates the law can be punished with imprisonment. Trafficking in human beings, even with children, is a serious problem. The victims are usually smuggled out of Thailand to Myanmar (formerly Burma), China, Laos and Cambodia. There they are used for prostitution and other forced labor.

In the late 1990s, the number of people infected with HIV increased sharply among prostitutes. The authorities realized that they had to bring in power to stop the spread of infection. The largest anti-AIDS program in Southeast Asia was launched. In 2002, Thailand started producing what it said was the world’s cheapest AIDS drug. A few years into the 2000s, it was clear that the country had managed to reverse the negative trend. Today, 1.1 percent of the population is estimated to be HIV infected. Among prostitutes, however, the proportion is estimated at around 20 percent.

Illegal trafficking in drugs is another major problem. Opium is grown in Myanmar and Laos by the so-called golden triangle and smuggled through Thailand. Other forms of crime also occur in connection with this trade. The Thaksin government tried to overcome these problems by imposing harsh penalties for drug offenses and allowing security forces to intervene in drug trafficking in the north, but the sometimes brutal methods drew strong criticism abroad and the results were limited.

Thailand is characterized by great social and economic differences between different social groups and different parts of the country. Poverty is greatest in the agricultural areas of northeastern Thailand and in the south. Particularly noticeable are the gaps between the countryside and the cities, especially Bangkok.

The economic boom that Thailand has experienced since the early 1990s has mainly benefited big cities such as Bangkok. Many rural residents have therefore chosen to move to the cities in search of jobs. Some of them have over time contributed to the growth of the urban middle class and the working class. Social mobility in society is now greater than ever before.

Groups with elite status are the royal family and the noble circle, the highest military leadership, parts of the state administration and the top tier of business. The middle class consists of middle managers in the state administration, academics such as doctors and lawyers, lower military officers and businessmen. Workers and peasants are further down the social scale. Buddhist monks, like the Chinese minority, stand outside the hierarchical social structure. Nevertheless, some well-to-do Chinese families have an economic power that gives them an informal political influence. The monks have a high status in society and are viewed with respect.

Strong family ties are considered important, and several generations can live together in the same household. Traditionally, the oldest man is the head of the family. All family members are expected to adhere to advice from the elderly.

Although a more modern, western-inspired lifestyle has now partly changed on these traditional family patterns, the respect for the elderly, especially for the parents, is still great in today’s Thailand, also among Bangkok’s middle class. An average family has between two and three children.

In Thai law, men and women are equal, but in practice women are often discriminated against in public life. They are strongly under-represented in politics, although this has slowly improved in recent years. In working life, women generally have lower wages than men, and there are few women in higher positions in management and business.

However, women can have a strong position within the family and in the local community. In some parts of northern Thailand, for example, women own and inherit the land. The family’s youngest daughter usually inherits the parents’ home. In return, she and her husband are obliged to take care of their parents when they grow old. In general, however, the inheritance of the parents is shared equally between the children.

In the urban middle class, the woman is more emancipated and rarely has her own professional career.

The situation of young people

In the past, young girls lived more sheltered than boys and were allowed to stay more at home. Today, girls / women and boys / men have about the same opportunities to move freely outside the home. In Bangkok, young people meet on a “date” as in the west, but in the countryside, this way of life is still unusual.

Thais usually choose their life partner themselves, although family views play a role, especially among the wealthy. Tradition invites a young man to first get to know his fiancé’s family and be accepted by it before he can send his own parents to the bride’s home to be free in his place. The groom then pays a bride price to the bride’s family as a thank you for raising and providing for her. Nowadays, it is common for the bride’s family to give the bride price to the young couple in a wedding present.

Adult Thais usually show a great interest both for their own and for the children of others. A mother usually carries her little child with her wherever she goes. In rural areas, it is common for slightly larger children to help in agriculture.

Poverty has led to child prostitution becoming a widespread problem. Tens of thousands of children are sexually exploited for commercial purposes. Most prostitute children come from poor families in disadvantaged areas in the north and northeast.

There is a law that regulates child labor, but it is poorly enforced. Thousands of children work as maids or in agriculture. There are around 20,000 street children in the country.

In general, there is a fairly tolerant attitude towards sexual minorities such as gays or transgender people. However, same-sex marriage is not allowed and partnerships cannot be registered.

Proportion of population with access to clean water: 98.2 percent (2015)

Public expenditure on health care as a percentage of GDP: 3.8 percent (2015)

Proportion of women in parliament: 5 percent (2018)

The government is falling

The government falls when the Constitutional Court dissolves PPPs who are found guilty of electoral fraud in connection with the 2007 election. PPP leaders are banned from being politically active for five years.

The yellow shirts’ street protests against the government culminate as tens of thousands of protesters surround the parliament building in Bangkok and occupy the capital’s two largest airports.

Thaksin is sentenced to prison

The Supreme Court sentenced Thaksin in his absence to two years in prison for corruption in connection with a land purchase.

The Constitutional Court orders Prime Minister Sundaravej to resign after he has been found to have violated a law to counter conflicts of interest. Sundaravej has participated in a cooking program on TV, although it is forbidden to take on extra assignments if you hold an official office. Sundaravej is replaced by PPP politician Somchai Wongsawat. The street protests against the PPP government continue in Bangkok.

The yellow shirts demonstrate and occupy

The Thaksin-critical protest movement PAD, or the yellow shirts, is launching mass demonstrations in Bangkok demanding the resignation of the government. They occupy government buildings.

Thaksin is charged with corruption but refuses to appear in court. To avoid an arrest, he flies with his family to Britain.

Temple conflict with Cambodia flares up

An old conflict with Cambodia over the Preah Vihear temple on the border between the countries is re-emerging when the UN agency unesco places the temple area on its list of World Heritage Sites in Cambodia. Many Thai nationalists do not accept that the temple area is Cambodia. In addition, the boundary line is partly unclear. Both Thailand and Cambodia mobilize troops at the temple (see also Foreign Policy and Defense).

Thaksin’s wife Pojaman Shinawatra is sentenced to three years in prison for fraud. She appeals the verdict and is released on bail.

Parliament elects PPP leader Samak Sundaravej as new prime minister. He forms a civil majority government consisting of the PPP and the five smaller parties in the House of Representatives: the Thai Nation, For Thais, Neutral Democratic Party, Thais United National Development Party and Royal People’s Party. The Democratic Party thus becomes the only opposition party in Parliament. Thaksin, who has been abroad since the autumn 2006 coup, returns to Thailand.