Health insurance is compulsory for everyone residing in Switzerland, and all employees must have pension, occupational injury and unemployment insurance. Employers also pay for most systems, but not for health insurance.

For low-income earners, health care is subsidized by the state and cantons (states). The other welfare system is a cantonal, municipal or private matter and therefore varies within the country.

The lack of a uniform national social insurance system makes it difficult to directly compare Swiss living standards with, for example, Swedish. In general, the tax burden is considerably lower in Switzerland, and wages are higher. However, the Swiss may pay directly or indirectly through social service insurance, which in most parts of Sweden is covered by taxes, such as school meals. 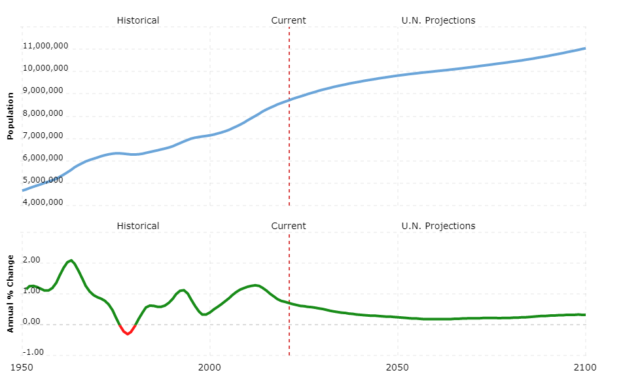 The social welfare system in Switzerland is being reviewed. Public spending has risen sharply, the healthcare system is considered ineffective, and the aging population is, as elsewhere, a ticking bomb. The government proposed a number of reforms of the pension system in 2004, but the proposals were rejected in a referendum.

Parental leave applies only to the mothers, who are entitled to 14 weeks’ leave. In 2016, Parliament voted down a proposal for two weeks’ paternity leave.

Abortion was not allowed until 2002, before the law only allowed abortion if the mother’s health was threatened. Gender equality applies according to a law, but in comparison with other Western countries, Switzerland is lagging behind in this area. Women earn almost 20 percent less than men in the private sector

Homosexuals can enter into a registered partnership since 2005. Since 2012, a party in a same-sex couple may also adopt the other party’s children, but not other children.

Euthanasia, or euthanasia, is permitted in the form of assisted suicide. Physician participation is not required. It makes the legislation unique in the world, and has helped many foreigners come to Switzerland to end their lives. The stream of aid seekers from abroad has caused some debate.

Public expenditure on health care as a percentage of GDP: 12.1 percent (2015)