The civil war in Sudan has displaced millions of people both within the country and abroad. The war, together with periods of drought, has occasionally caused famine or widespread famine. At the same time, many quieter Sudanese in quieter parts of the country have seen improvements in their living standards, especially after the turn of the millennium when oil recovery provided the state with large incomes. In the 2010s, however, an economic crisis forced many people back into poverty.

In round numbers, at least two-thirds of the population lives below the national poverty line, according to the country’s finance minister in 2019. The country lacks a well-functioning welfare system and people must therefore rely on the family and the family for their social security.

In most places, there is a shortage of health care clinics, healthcare professionals, clean drinking water and functioning sewers. The shortage has worsened during the economic downturn in recent years. It causes diseases to spread, especially infections and gastrointestinal diseases, but also malaria and jaundice. The proportion of AIDS-sick residents is low, despite the HIV virus being reported to spread rapidly during the fighting in the south. 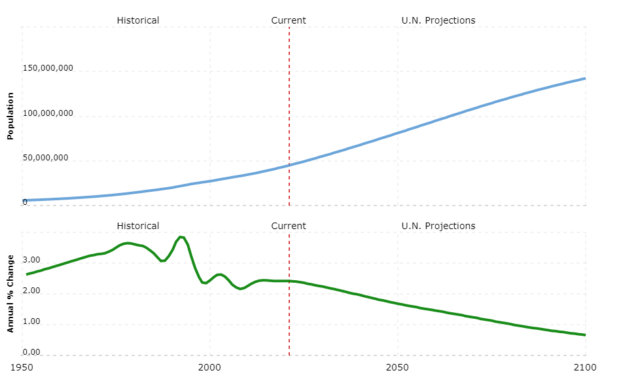 The constitutional declaration that replaced the country’s constitution in 2019 guarantees free maternal and child health care, but this is not yet complied with.

Women are discriminated against

In the north, the position of women deteriorated during the 1990s when Muslim Sharia law was introduced. Throughout Sudan there are arranged marriages, and many girls have children at very young years. Abortion is only allowed if the woman’s life is in danger or if she has become pregnant through rape or incest.

Nine out of ten Sudanese women are sexually abused according to the UN, although the intervention is now banned. The most radical form, the pharaonic circumcision, is common. In Darfur and other areas of war, rape has been part of the war. Other forms of violence against women are also common.

Female genital mutilation was criminalized in May 2020 by the transitional government. Anyone who still performs the procedure risks being sentenced to three years in prison and a fine.

Many children are forced to work for the family’s livelihood. During the civil war in the south, both the army and the guerrillas SPLM / SPLA recruited minors to war service, and the same problem then returned in Darfur.

Trafficking in human beings occurs. An old phenomenon brought to life by the civil war between northern and southern Sudan was slavery. After Islamists in Khartoum in the late 1980s declared war in the south for jihad, holy war, Arab militiamen, Murahalin, began to bring home black prisoners of war. Most women and children were captured. About 11,000 people were taken as slaves in the war in southern Sudan. It is unclear how many of them still remain in slavery. In Darfur, slave hunting has been less common since everyone there is Muslim and does not like to take other Muslims as slaves.

Homosexual relationships can lead to whipping and, in some circumstances, death penalty. The intolerance to LGBTQ people is generally widespread in society.

Public expenditure on health care as a percentage of GDP

Struggles in the southeast

In the Blue Nile state, located in the southeastern corner of the country, the elected governor, representing the northern branch of the SPLM, is dismissed. SPLM-North takes up arms against the government. Military rule is introduced and SPLM-North is declared illegal.

Sudan introduces a new currency, new Sudanese pound. The division of the country leads to a large drop in oil revenues and causes economic crisis measures.

President al-Bashir participates in the celebration of the new capital of Juba, and despite past threats, Sudan is one of the first states to recognize South Sudan diplomatically.

According to the UN, at least 60,000 civilians are being evacuated from the government army, which is accused of gross persecution by the black Nuba population.

The parties agree on a ceasefire and on asking Ethiopia to send peacekeepers to Abyei.

Struggles for elections in South Kurdufan

The conflict-ridden state of South Kurdufan’s controversial governor Ahmed Haroun is re-elected. He is accused by the ICC of war crimes in Darfur. The election leads to violence between the government army and armed allies belonging to the northern branch of the SPLM.

Army units from the north enter the border area and drive out the south side troops. A large number of civilians flee south.

The president threatens not to recognize the future South Sudan if it claims Abyei.

New battles lead to increased tensions in the disputed, oil-rich Abyei border district. Both the north and south sides are reported to increase their troop presence in the area.

Residents of the larger cities, mostly students, try to protest against the government of Khartoum following a model of the so-called Arab Spring in Tunisia and Egypt. However, the demonstrations are resolutely stopped by police and military.

More than 80 percent of those entitled to vote participate in the referendum on the future status of southern Sudan. Almost 99 percent of them say yes to independence.