South Africa is one of Africa’s richest countries in terms of GDP per person, but the gaps in society are still very large as a result of the earlier racial segregation policy (see History). Most whites have a high standard of living, while a significant proportion of blacks live in slumed townships or in poor rural areas.

However, according to Statistics South Africa, the number of people living in absolute poverty is decreasing. The number of South Africans in that category has decreased from twelve million to ten million in five years.

The most important reason is that social security contributions have increased significantly. Since the abolition of apartheid, the number of people in households reached by social assistance has increased from 2.7 to 16 million. Approximately every third household has the state’s largest source of income.

Since 1994, 2.9 million detached houses have been built with government subsidies to try to eradicate the slums, but there are still areas of shelter housing around every South African city. A down side of free or subsidized housing has been the acceleration of urbanization. The poor suburbs have grown, while the countryside is depleted. 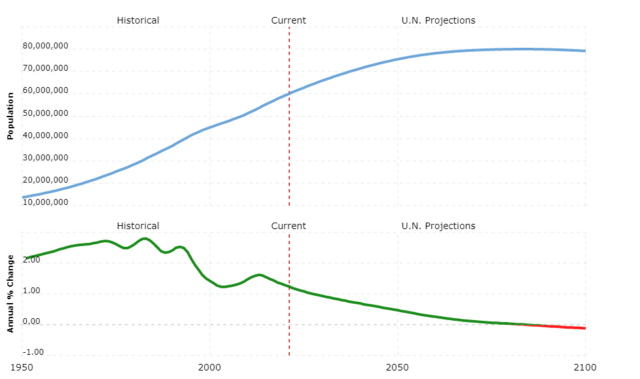 During the 20 years that have passed since apartheid, a black middle class has gradually emerged. Nowadays, black people make up 51 percent of the middle class compared to 32 percent in 1994. At the same time, a new category of poor whites has emerged.

The economic and social tensions have led to increased alcohol and drug abuse and widespread crime with many murders, rapes, robberies and car hijackings. South Africa is one of the ten most violent countries in the world, in terms of number of homicides per inhabitant. According to the BBC, the number of murders amounted to 58 per day in 2019. Only countries such as Jamaica, Honduras, El Salvador and some small countries in the Caribbean had a higher murder rate.

International drug cartels have made South Africa a base, while the country’s police and judiciary are struggling with insufficient resources. Today, there are more than 400,000 security guards working in private security companies. It is more than the country’s police and army together. One noticeable trend is also how more and more localities are organizing neighborhood cooperation against crime.

South Africa has very high statistics on rape. Only in countries at war, sexual violence is the same, according to the organization Doctors Without Borders. According to statistics, 40 percent of South Africa’s women will be raped sometime during their lifetime. The government has been criticized for not acting against the many rapes. Before Jacob Zuma became president, he himself was charged with rape but was acquitted in the trial.

State retirement pensions are paid to anyone over 60 years of age. The maximum amount corresponds to approximately SEK 1000 per month. There are also child allowances of SEK 200 per child per month for low-income earners.

Private healthcare is of high quality. Most people who use private care have private health insurance. However, the poor are referred to the state primary care, which is now free of charge for about four fifths of the population. Health care is better developed in cities than in rural areas.

Alternative medicine and traditional so-called medicine men are still important. Thousands of doctors have emigrated and the shortage of doctors is great, especially in rural areas.

HIV and AIDS are South Africa’s worst plague, medically, socially and economically. South Africa has the largest number of known HIV infections of all countries in the world. The black population is the worst affected.

Former President Thabo Mbeki did not want to acknowledge the medical link between HIV and AIDS. He blamed the abnormally high death toll on poverty and social inequality from the apartheid era. The attitude meant that HIV-infected pregnant women were not given brake medication. However, after the government lost a legal dispute in 2002, women were given the right to be treated with brake medication to prevent the spread of HIV to unborn children.

According to a study conducted at the American University of Harvard, Mbeki’s opposition to allowing brake medications has caused premature deaths in 330,000 people during the period 2000-2005.

When Mbeki resigned in the fall of 2008, his controversial health minister, Manto Tshabalala-Msimang, also resigned, claiming that AIDS can be treated with garlic and beetroot. After Mbeki, AIDS policy has completely changed and brake medicine is also distributed within the state healthcare system. The availability of brake medicines has led to an expected life expectancy of ten years since Mbeki’s reign, from 52 to 62 years. But the proportion of infected continues to increase. According to a research report, this is because brake medications prolong the lives of those who carry the virus.

In 2006, the South African Parliament passed a law that allows same-sex people to marry. South Africa became the first in Africa with such a team. The decision was preceded by an upset debate because the opposition to gay marriage is strong in all ethnic groups and religious communities.

Proportion of population with access to clean water: 84.7 percent (2015)

Proportion of the population having access to toilets: 75.7 percent (2017)

Public expenditure on health care as a percentage of GDP: 8.2 percent (2015)