In 2008, São Tomé and Príncipe took the step from low- to middle-income countries. Still, around half of the residents are counted as poor and about one in twenty children suffer from malnutrition. But there are bright spots. Life expectancy has increased, child mortality has decreased and more people now have access to clean drinking water.

Compared to other African countries, the standard of healthcare is high, even though there is a shortage of both staff, medicines and other materials. Aid money is sometimes used to buy medicines and to keep hospitals running. São Tomé and Príncipe are also dependent on temporary donations of medicines or money from foreign governments and NGOs.

Respiratory and diarrheal diseases are common. The fact that diarrhea is so common is largely due to the fact that just over one third of the population has access to functioning sewers. However, the supply of clean water has improved significantly. Nowadays, 97 percent of the tomeans have the opportunity to get clean water. In the past, malaria was common, but with the help of foreign aid, the authorities managed to fight the disease with mosquito nets and pesticides. 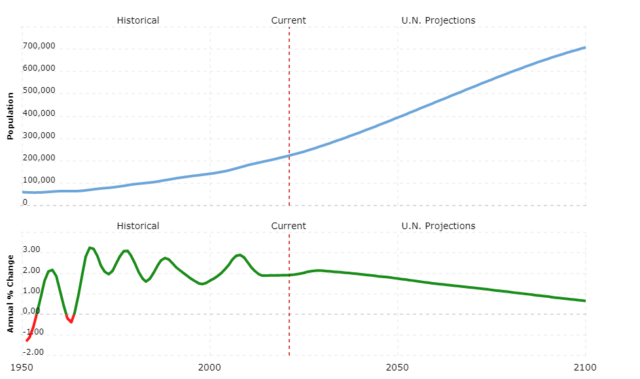 Estimates state that around one percent of the population is HIV-infected, ie 2,300 people, of whom 400 are children. HIV / AIDS is seen as shameful and it appears that sick family members are being displaced. The state offers free HIV tests and infected sheep receive free brake medication.

Government employees are covered by social insurance, which includes sickness benefits and pensions. However, the majority of the residents lack formal employment and may in crisis situations rely on the family or other close relatives.

Violence against women is punishable even in the home, but women’s abuse and rape are still common. These crimes are rarely reported to the police, which is partly because many women do not know their rights or lack confidence in the police and the judicial system. The proportion of teenage pregnancies is high.

Proportion of population with access to clean water: 79.7 percent (2015)

Proportion of the population having access to toilets: 43.0 percent (2017)

Public expenditure on health care as a percentage of GDP: 9.8 percent (2015)