The end of the war, with its euphoria and at the same time the serious problems of reconstruction, seemed to bring greater freedom to Soviet writers in the choice of styles and trends. For some time it seemed that the formula of socialist realism and of the “writer-engineer of human souls”, of the “Soviet man”, etc., should now be set aside. But in August 1946 the provisions of the Central Committee of the Communist Party came to dispel these hopes. Taking the pretext of a short story by M. Zoščenko and some poems by Anna Achmatova, which appeared respectively in the magazines Zvezda (“The star”) and Leningrad, those provisions (inspired by A. Ždanov) called writers to respect party ideology. Achmatova and Zoščenko were expelled from the Writers’ Union; N. Tikhonov replaced with A. Fadeev in the post of general secretary; the words “formalism” and “cosmopolitanism”, with which Ždanov had branded the two offending magazines, swelled like bogeys; and writers had to conform to the increasingly bleak precepts of socialist realism. Soviet literature of those years lived in the name of Stalin. Above all the poets (and especially A. Surkov and A. Tvardovskij, N. Tichonov, I. Sel′vinsky, S. Shčipačev) lavished themselves in panegyrics, in mediocre and servile acts of homage, making Stalin the leader, teacher, the prophet.

Most of the narrative works from this period revolve around the themes of World War II and reconstruction. From the first group we mention Il′ja Erenburg’s Burja (“The Tempest”), set partly in France, the story of a snobbish painter who turns into a daring partisan; Povest ′ o nastoja è em è eloveke (“Tale of an authentic man”) by Boris Polevoj, about an aviator who, having lost the use of his legs in a crash landing, manages to cross the lines and return to his companions ; Sputniki(“Comrades on the road”) by Vera Panova, on the vicissitudes of the workers on a medical train that clears the wounded from the front;(The star “) by Emmanuel Kazakevič, about a group of explorers who die in the fulfillment of their mission; Belaja bereza (” The white birch “) by M. Bubennov, about the spiritual maturation of a young soldier; Za pravoe delo (“For the just cause”) by Vasilij Grossman, on the battle of Stalingrad. Of the second group we can remember Daleko ot Moskvy(Far from Moscow “) by V. Ažaev, Kru ž ilicha (in Italian: L’officina sull’Ural) by Vera Panova, S è ast ′ e (“Happiness”) by P. Pavlenko, Ž urbiny by Vsevolod Kočetov; Iskateli (“The seekers”) by D. Granin; Ž atva (“The Harvest”) by Galina Nikolaeva; V okopach Stalingrada (“In the trenches of Stalingrad”) by V. Nekrasov. The two novels by K. Fedin Pervye radosti (“The first joys”, 1945-46) and Neobyknovennoe leto (“An unusual summer”, 1948), set in the time of the First World War, have a separate place; Otkrytaja Kniga (“The Open Book” 1949-52) by V. Kaverin, on the life of Soviet scientists; Russkij les (“The Russian Forest”, 1953) by L. Leonov who, drawing inspiration from the defense of the Russian forest heritage, makes vast forests the symbol of Russia;(“Childhood Tale”, 1949), Vol ′ nica (“Libertà masnadiera”, 1950), and Lichaja godina (“The bad vintage”, 1954) by Fyodor Gladkov, an epic-autobiographical fresco of the Russian peasant class, but withered from the dictates of socialist realism. After all, all these books, even the best ones, are plagued by the worry of keeping within the schemes and not giving too much to the imagination. The situation changed after Stalin’s death, and the first signs of the change were the novels Vremena goda (“The Seasons”) by V. Panova and Ottepel ′ (“The thaw”) by Il′ja Erenburg, who opposes complex human figures with their doubts and torments to the schematic figures of the works of Stalinism. The same development of the narrative had in the postwar years the dramaturgy. From the patriotic propaganda of the war period it moved on to anti-American themes and the exaltation of the dictator, to the struggle “for peace and democracy” and to surges against “cosmopolitanism”. The repertoire of those years is a series of squalid and withered works, of arid thesis comedies, among which we can mention Zakon è esti (“The law of honor”) by A. Štejn, Russkij vopros (“The Russian problem “) by K. Simonov,(“The lion in the square”) by I. Erenburg, Golos Ameriki (“The voice of America”) by B. Lavrenëv.

Poetry was no more colorful or richer than fiction and dramaturgy; however, we can remember Za dal ′ ju dal ′ (“One distance behind the other”, 1950-54) by A. Tvardovskij, a series of lyrical descriptions of Russian landscapes, and the poems of S. Ščipačëv, by E. Dolmatovskij, by M. Aliger. The Second Congress of Soviet Writers (December 15-25, 1954), while confirming the importance of socialist realism, criticized the tendency to paint reality, the absence of conflicts and the schematic greyness in which literature was engulfed. Two years later, in 1956, two literary almanacs and a novel appeared, Ne chlebom edinym (“One does not live by bread alone”) by V. Dudincev, which indicated a loosening of ideological restraints and the aspiration of writers to a new freedom. Dudincev’s novel, which caused so much scandal, painted a non-schematic picture of the daily life of the Soviet people, oppressed by new bourgeois and powerful bureaucrats. The almanacs, entitled Literaturnaja Moskva (“Literary Moscow”), united writers who were already old (Pasternak, Shklovskij, Aseev, Achmatova, Oleša, Kaverin, Prišvin, etc.) with young writers; in their pages there was a desire to re-establish the truth, to break with falsifications and dogmatisms. In reality, the almanacs participated in the new spirit established by Khrushchev’s speech at the XX Congress of the party. Immediately afterwards, events in Poland and Hungary once again held back the development of Soviet letters. The criticism set out again against the windmills of the “formalism” of “sectarianism”, of “decadence”. Prose still suffers from these hesitations even today: a search for new ways can nevertheless be felt in the fiction of V. Nekrasov, V. Tendrjakov, P. Nilin, V. Ovečkin.

And here it should be remembered that the Russian reader did not know Boris Pasternak’s novel, Doktor Ž ivago, published in Italy in 1957, a novel that is undoubtedly the best that Russian prose has given in the last twenty years: fresco of Russia from 1903 to 1923, without schemes, without recipes, pervaded by a great lyrical breath and by an ardent human sweetness.

Those accustomed to the glowing images and imaginative motifs of a Pasternak, a Mayakovsky, an Esenin, risk being disappointed in the shy nakedness of post-war Russian opera. It seems that the tradition of the 1920s has been submerged and obliterated by the greyness of the Stalin era. And the curious thing is that the new poets, forgetting that season of metaphors, colors and prodigious formal innovations, sing about our age, so rich in discoveries, technicalities and cosmic events, in closed and antiquated meters that are modeled on nineteenth-century canons . Recent Russian poetry, except in some cases, never has modernity of form and is satisfied with that standardized medium clarity which is usually defined, for convenience, Pushkinian. L’ the isolation of the past years and the persistent misunderstanding of optimism at all costs mean that it lives on an absolutely different level from that in which today’s Western poetry moves. Above all, what distances the new Soviet poetry from the Western one is its tone of exultation, its unquestioning acceptance of life and the world, its apparent confidence and steadfastness. The desire to communicate with a large mass of readers, on the other hand, forces poets to an obstinate search for moral beauty and elementary simplicity, a search that often borders on naive sloppiness. Many of them are entangled in the rhetoric of “beauty” or run aground in the shallows of moralism and didactics. Leonid Martynov, who inclines to succinct and laconic writing, of great graphic sharpness; Jaroslav Smeljakov, who exalts the rigor of an austere working-class ethics, comparing the ascetic era of the first five-year plan and current customs. In 1958 Nikolai Zabolockij disappeared, who next to Pasternak (whose collection Kogda razguljaetsja [“When time clears “] has not yet appeared in the Soviet Union) can be considered the most significant poet of the last twenty years. He had made his debut in 1929 with a vivid collection of grotesque verse entitled Stolbcy (“Columns”). After long years of silence, partly spent in concentration camps, he returned in 1948 and 1957 with two volumes that were widely successful. In the poems of recent years, composed with extraordinary chiseling severity, he strove to grasp the contradictory inconstancy of nature, drawing from it a pretext for an allegorical plot, for a philosophical meditation that does not shy away from archaic terms. Of the younger poets we remember Konstantin Vansenkin, Evgenij Vinokurov, Aleksandr Mežirov, Boris Sluckij, Viktor Bokov, Vladimir Solouchin, whose theme oscillates between war memories, views of nature, the problems of our time. A large part of the production of young poets is unfortunately marred by pages in which that optimistic pride, that ideological self-confidence of ” which seems to us the most reluctant element of the new poem. The most discussed of these poets is Evgenij Evtušenko, who sings in his lyrics the stories of a hero, whose childhood coincided with the deprivations of war, a young man who replaces the fanatical asceticism of the builders with the anxiety of a lifetime individual, the desire for leisure, fashion, comfort. Evtušenko moves in the society of communism with a kind of selfish impatience and with a clear contempt for schemes. The form is somewhat scruffy and hasty, devoid of metaphors, but in return the compositions are pervaded by a vital impulse and a polemical frankness not found in other Soviet poets. A turning point in this panorama, an opening of unpredictable developments, represent the two collections Parabola (1960) and Mozaika (1960) by Andrej Voznesenskij, who in his colorful and metaphorically rich lyrics is linked to the ways of a Chlebnikov and a Pasternak. 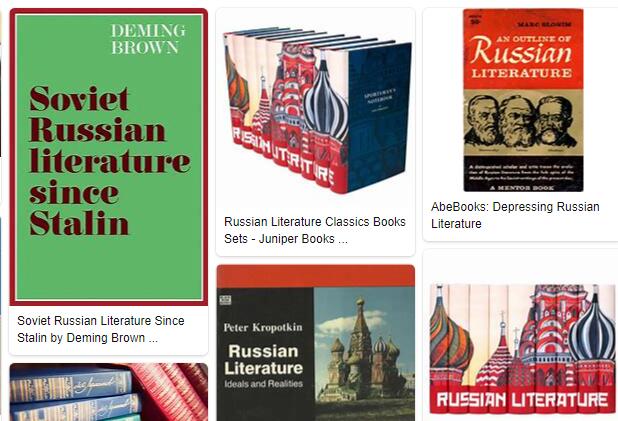