Thanks to Qatar’s oil and natural gas wealth, citizens are among the most favored in the world, in terms of gross domestic product (GDP) per inhabitant. The social benefits are generous in international comparison and there is a well-developed pension system.

Tightening in the public sector has meant that residents have to pay symbolic fees for health care, while foreign guest workers have been forced to pay special health insurance and higher fees than Qatari. However, in the autumn of 2013, the new emir launched a long-term public health plan, which included, among other things, the gradual introduction of a general health care system, with free treatment for both Qatari citizens and foreign guest workers. The plan now extends to 2033 and has, among other things, led to the construction of new hospitals. The hospitals are of a good standard.

The fact is that the high standard of living of the Qatari has also led to a number of common illnesses becoming commonplace. One of the goals of a public health study that has been going on since 2018 is that all young people who are diagnosed with diabetes should be in a national register. In the yellow states, the tradition of marrying within the family (when more people are at risk of inheriting the disease) belongs to the risk factors, in addition to sedentary and diet-related causes such as sweetened beverages. According to a WHO report 2017, almost three-quarters of adult Qatarians are overweight. 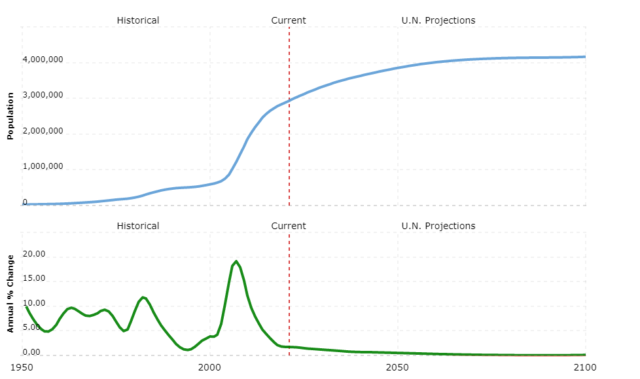 Women’s rights have been strengthened since the end of the 1990s and in the 2005 constitution, women are formally equated with men. Higher education for women is encouraged. In practice, however, there is violence against women and discrimination against them, both at home and in the workplace.

Public expenditure on health care as a percentage of GDP: 3.1 percent (2015)

The poet Muhammad al-Ajami, who has been detained since November 2011, is sentenced to life imprisonment for having in a poem forged the emir and thereby tried to overthrow the government. The sentence should later be converted to 15 years in prison. In March 2016, he was released after being pardoned by the emir.

Representatives from around the world meet to discuss climate issues in Qatar as the UN Conference COP18 takes place in Doha. The meeting decides to extend the Kyoto Protocol but otherwise no agreements are reached.

Emir Hamad bin Khalifa Al Thani becomes the first head of state to visit Hamas- controlled Gaza, where Qatar previously donated $ 50 million after Hamas’s election victory. Qatar has had good relations with both the Palestinian authorities and Israel. Now, however, the visit is being criticized by both Israel and the Palestinian party al-Fatah, who believe that the visit gives Hamas an undeserved legitimacy, which can shatter the Palestinian movement. The visit to Gaza is considered by observers to be in line with Qatar’s ambitions to increase its influence in the region, with the help of strong finances, mainly through support for the Sunni Muslim Brotherhood (see March 2011).

The Afghan Taliban movement opens an office in Qatar to facilitate contacts with the outside world. The Taliban were driven from power in Afghanistan in connection with the US invasion in 2001, but the Doha office is now approved by US President Barack Obama and Afghanistan’s leader Hamid Karzai.