Paraguay is a very unequal society with extreme differences between the country’s richest and poorest groups. Nearly one-third of the population lives in poverty. The worst is the situation in rural areas and in urban slums. In addition, income and wealth gaps tend to increase. Among the poorest, the indigenous peoples are clearly over-represented.

On the UN agency UNDP’s index of human development in the countries of the world, Paraguay in 2016 was ranked 110 out of 188, the lowest in the countries in South America. By comparison, Argentina ranked 45th and Brazil ranked 79th.

Health care is particularly poor in rural areas, where child mortality is high. Among rural residents, diseases flourish that could be prevented with better access to clean water, healthcare and medicines. In the townships, unemployment and crime are widespread; Many people live by looking for garbage that can be sold. 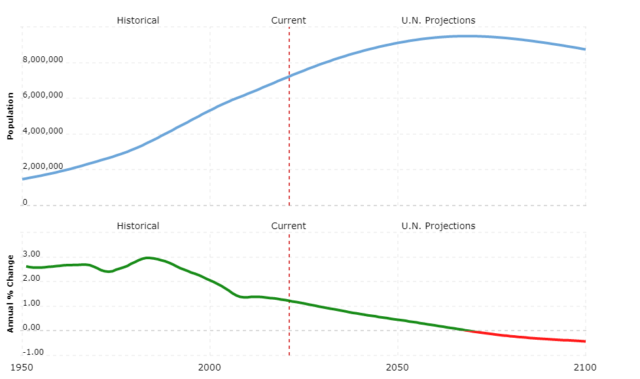 According to the constitution, all citizens have the right to health and social care, but many support themselves in the unofficial, black sector of the economy and therefore fall outside the social security systems. Health insurance, maternity allowance, pensions and so on comprise only one fifth of the population who have a formal employment.

Social status is closely linked to contacts in politics, state administration and land ownership. The language is a clear class marker: the upper class usually speaks Spanish to each other and to the public, although they also master Guaraní. Other residents are mostly Guarani-speaking. Poor people are expected to show respect and respect for, for example, landowners and high politicians.

Paraguay is a conservative and male-dominated society. It was the last Latin American country to give women the right to vote, 1961. Through constitutional amendments in 1992, women were granted the same rights as men in marriage. Before that, married women would not have been able to gain employment, travel or hold personal property without the spouse’s consent. Abortion is prohibited unless the mother’s life is in danger.

Most Paraguayans live in nuclear families; Large families are unusual. Although changes are taking place, the traditional division of roles remains, where women bear the responsibility for home and children and the men for the family’s livelihood. The man is the head of the family and the children should show him respect. However, women have long been able to participate in economic activities such as agriculture and the retail trade. In the cities, more and more women work outside the home, for example in offices, but they are still clearly underrepresented in the labor market. Men also have much greater influence in politics and in leading positions in the state administration.

Discrimination and violations of women’s rights are a major problem. This applies in particular to domestic violence and sexual abuse. Human trafficking also occurs, mainly with women and children. Prostitution is legal for persons over the age of 18. In order to deal with the problems, a special women’s ministry was formed in 2012 with the task of dealing with issues of women’s rights and promoting increased gender equality. A law against trafficking, trafficking in human beings, was adopted the same year. In another law that was added in 2016, a special crime category was introduced concerning women who are murdered because of their gender, femicide. The sentence was between 10 and 30 years in prison for the murder of women.

Paraguay has ratified the UN Convention on the Rights of the Child, but fails to comply with the World Organization. Among other things, not all children have access to education, care and a reasonable standard of living. The children of the indigenous population are particularly vulnerable. In poor families, children often help with work in the fields, with childcare and household chores. Smaller children can also help with sales in the market. Childhood is not uncommon. Around four out of ten Paraguayan children live in poverty, according to the UN Children’s Fund Unicef.

The law prohibits all discrimination, but it does not specifically mention discrimination against LGBTQ persons. In society, such discrimination occurs in working life and in health care. There is also information that LGBTQ people are being treated badly by police in detention and detention as well as during arrests. Transgender persons who change sex cannot register this in the census records but must legally retain their old sex. Marriage is only allowed between man and woman. But according to a 2018 ruling in the human rights court that belongs to the OAS regional organization, same-sex marriage must be approved by all countries that have signed a U.S. human rights convention.

Proportion of the population having access to toilets: 89.8 percent (2017)