Oman has a well-developed social security system for the country’s own citizens, but the foreigners working in the country have so far been largely outside the system.

Health care is so far free for Omani citizens, while healthcare costs for guest workers are usually paid by the employer. Health care has been prioritized by the government and maintains a good standard. In 2010, the country had sixty hospitals and in addition almost 900 smaller hospitals and clinics, most of them state.

In 2019, Oman began introducing a new, compulsory insurance system called dhamani. The first step involves private-sector officials who are citizens of other countries – and tourists and other visitors. According to the Times of Oman, it is primarily about providing basic emergency care for these groups. In the long term, the idea is that the system will be expanded and include all the nation’s citizens and resident foreigners. Throughout the region, similar changes are underway to the system in order to relieve the Treasury and transfer health care costs to the population. 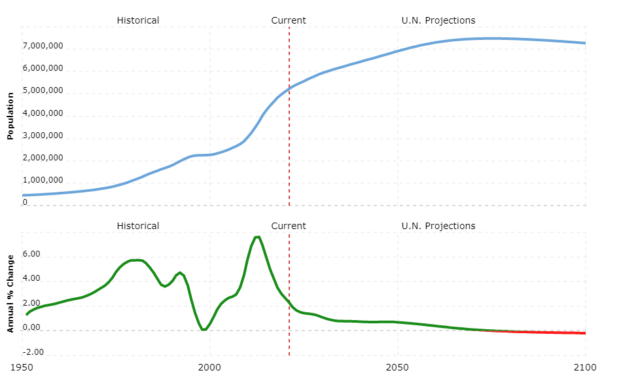 Women are being discriminated against in working life and in society at large, although more and more women have been able to educate themselves over the past decade.

Homosexuality is prohibited by law, but the view of homosexuals is still more liberal in Oman than in neighboring countries. The maximum sentence is three years’ imprisonment, while homosexuals in other countries in the region risk longer prison terms, penalties and even the death penalty.

Proportion of population with access to clean water: 90.9 percent (2015)

Public expenditure on health care as a percentage of GDP: 3.8 percent (2015)

Proportion of women in parliament: 1 percent (2018)

When Oman began modernizing from 1970 onwards, the road network was expanded; among other things, a motorway link connects the country’s northern and southern parts. Today, only a few mountain villages cannot be reached by car.

Railway is still missing so far, but there are plans to build one to connect Oman with the other states in the region. The plan is to start construction in late 2014 and last for four years.

The port of the city of Salala in the southern province of Dhofar is an important transhipment site for freight traffic to and from the Persian Gulf as well as areas of the Indian Ocean and has in a short time become one of the largest container ports in the region. Partly this development has been at the expense of the port of Mina Qabus outside Musqat, but it has also been expanded. In addition, there is a large industrial and container port in Suhar, while a new port in al-Duqm on the east coast was inaugurated during the first half of the 2010s.