Our trip to Iceland and New York / Boston is truly a journey of contrasts. First we stop in Iceland where we get to experience desolate but fabulous nature. Here we discover nature’s masterpieces at Gullfoss and Thingvellir, and we swim in the well-known Blue Lagoon. After a few well-being days in Iceland, we go to the vibrant city of New York with all its skyscrapers and landmarks.

But before that, experience some of our most popular excursions in Iceland. A must when traveling to Iceland is to swim in the Blue Lagoon. You also visit the classic excursion Gyllene Cirkeln where you can see the waterfall Gullfoss and the active geyser Strokkur in the Geysir area. On the trip we will get to know New York and wonderful views on our way up to Boston. On the way up we get to learn and see a part of US history. Boston is the capital of the state of Massachusetts in the United States. It is also the most populous in the state, and the largest in New England. Boston was founded by Puritan colonizers in 1630 on a peninsula in Massachusetts Bay, making it one of the oldest cities in the United States. The city has become one of the most culturally important cities in the United States. 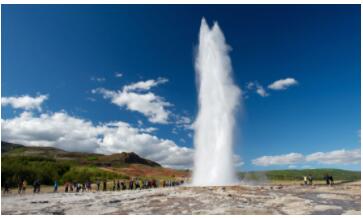 Day 1: Arrival in Iceland
You land at Keflavik Airport where your transfer bus is waiting and drive you to the beautiful Blue Lagoon. The 37-degree water really works wonders for body and soul – especially after a flight. Then you go on to Reykjavik and check in at the hotel.

Day 2: The Golden Circle The
Golden Circle is an excursion to many of the natural wonders that Iceland is known for. You visit the Thingvellir National Park, where the Icelandic Parliament was founded in 930. There you can also walk in the no-man’s land that grows every year when the continental plates slowly slide apart.
After Thingvellir, you continue to the mighty Gullfoss waterfall, which falls in two large steps. The next stop is the hot springs in the Geysir area. On the way home you come to the former episcopal see and the beautiful church in Skálholt. (Breakfast)

Day 3: Flight from Iceland to New York
Have a good breakfast at the hotel. Then you spend morning and lunch on your own in Reykjavik. Around At 13:30, our shuttle bus will pick you up at the hotel and drive you to the airport. The flight to New York then departs at 5 p.m.
Arrival in New York. You will be met at the airport by your local guide. Transfer to the hotel. On the way you will get a short panoramic tour of the city to get acquainted with the “Big Apple.” Check-in at the hotel. Dinner on your own. Overnight in New York (Breakfast)

Day 4: New York
We start with a tour of Manhattan. The first stop will be Times Square and its huge billboards. We then walk down 5th Avenue to see Saint Patrick’s Cathedral, Rockefeller Center and the Flatiron Building. The next stop will be a visit to Grand Central Station, which covers 48 acres, (19 ha) the station has 44 platforms, more than any other train station in the world. Lunch on your own. Next, visit will be Bryant Park. In the afternoon we head to the Empire State Building to admire the view of the city from the 86th floor where is their observation deck. Headlights illuminate the top of the building at night in colors according to various events taking place in New York. Dinner on your own and overnight in New York. (Breakfast)

Day 5: New York
Today we visit places such as the Statue of Liberty and Ellis Island where more than 12 million immigrants passed through. Next, you will be taken on a tour of Wall Street and the financial district with a photo stop at Merrill Lynch Bull and Trinity Church. Lunch on your own. We continue the day with a walk on the High Line, in the heart of the Meatpacking district. High Line was an abandoned railway track ready for demolition. Now transformed into an environmentally friendly public park. This offers magnificent views and is a tranquil oasis overlooking the traffic, which is quite rare in New York. On to Greenwich Village with its tree-lined streets, Soho, Little Italy and Chinatown. Afternoon and dinner on your own. Overnight in New York. (Breakfast)

Day 6: New York – Mystic (220km – 2h50)
Departure to Hyannis Port, a leisure resort with a marina and with the second largest commercial fishing port on Cape Cod. Lunch on your own. Visit the John F Kennedy Museum. We continue to the Cape Cod National Seashore, on the way there you will pass picturesque bogs where cranberries grow, salty wetlands, and dunes. In front you can explore the shops and restaurants of Provincetown. At the end of the day, we return to Cape Cod and Hyannis for dinner on our own and overnight in Hyannis. (Breakfast)

Day 7: Hyannis – Boston
On the way to Boston we make a stop in Plymouth. We see the historic Mayflower II and Plantation. We learn more about the voyage on the Mayflower in 1620, as well as the dangers of traveling by sea. Explore the cramped spaces of the ship’s passengers. Lunch on your own. We continue to Boston. Upon arrival here, we head to the Prudential Building in the heart of Boston’s Back Bay to enjoy panoramic views of this historic city from the Skywalk Observatory, located on the 50th floor. Familiarize yourself with all the Boston neighborhoods from 228 feet up in the air. The Skywalk Observatory is Boston’s only viewpoint open to the public and has 360-degree views of Boston. Dinner on your own and overnight in Boston. (Breakfast)

Day 8: Boston / return trip
Guided tour of Boston, the premier city of New England, which offers typical British and colonial locations. Discover the historic part of Boston with its oldest park: Boston Common. Walk along the Freedom Trail. This hike allows you to discover sixteen historic sites in Boston, most of which date back to colonial Boston and the American Revolution. Most important are Boston Common, Beacon Hill, Massachusetts State House, and Kings Chapel. Lunch on your own. Free time until transfer to the airport. (Breakfast) 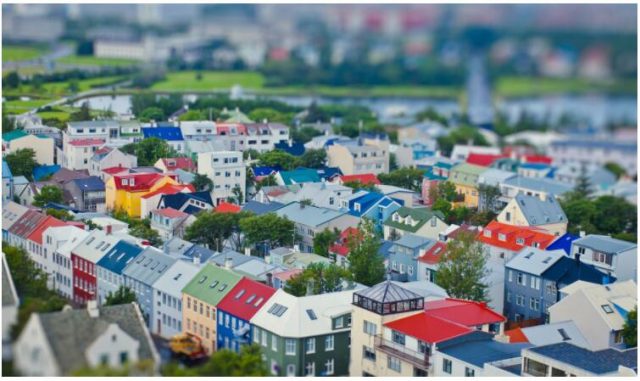