Namibia is relatively prosperous for a country in Africa, but few countries in the world have as large income differences as Namibia. The gaps are huge between different parts of the country and between different people groups. Most people now have access to basic health care, but many still live in great poverty. The HIV epidemic has hit the country hard.

Although the proportion of people who are considered poor has decreased from almost 70 percent at independence in 1990 to just over 17 percent in 2016, the differences in living standards are still large. According to the World Bank, Namibia has the most unequal distribution of welfare in the world after South Africa. The northern regions are poorer than the central and southern parts, and blacks have fared worse than whites. Many who are no longer classified as poor have incomes that are just slightly above the poverty line. The richest one-hundredth of the population consumes more than the poorest half do. More than ten percent of residents live below the national limit for extreme poverty, which runs at 293 Namibian dollars, about SEK 190 per month for a family.

Food shortages are a recurring problem, and up to one-third of the population has been in need of food assistance during the 2000s. One in four children suffer from inhibited growth due to malnutrition. At the same time, for example, infant mortality has declined significantly since the 1990s. Today, a majority of residents have access to clean water. Fewer than half, however, have proper drainage systems and their own toilets. 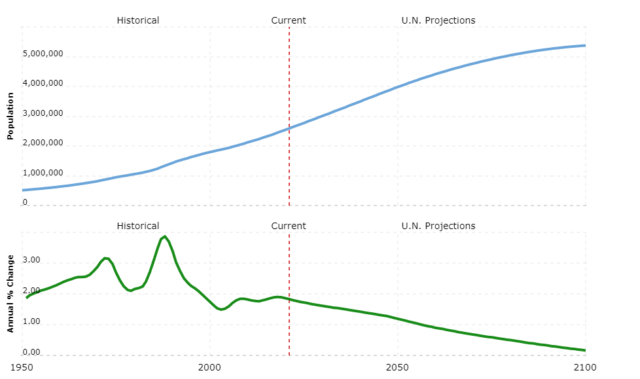 Many social rights are guaranteed by law, such as the protection of the elderly, disabled, orphans and the sick. In reality, the resources needed are often lacking. The government has a stated goal to invest in primary care, not least in the most disadvantaged areas. Second education is the largest expenditure in the state budget. But the population is growing faster than, for example, the number of care places. The AIDS crisis also wastes resources.

Namibia has been hit very hard by HIV / AIDS. Just over a fifth of Namibians aged 15-49 were HIV-infected when the situation was at its worst in 2002. The figure has since fallen to around 15 percent. The government allocates resources to prevent further spread and help the infected. A large proportion of those who need it receive brake medication. Special efforts are made to prevent infection from mother to child. Because of the AIDS crisis, there are many orphans in the country. Namibia is also one of the countries in the world most affected by tuberculosis.

Gender equality is guaranteed in Namibia’s constitution and a stated political goal for the government. Many women participated in the struggle for independence, which strengthened their position. Yet, women are still financially weaker than men, and violence against women is a very widespread problem.

According to the 2011 census, the majority of all adults between the ages of 15 and 49 have never been married. Only one-third of respondents stated that they were married or cohabiting.

The division of labor between the sexes is generally traditional in the countryside. Men and boys take care of the animals and build and plow the earth. Women and girls handle most of the agriculture, cook and care for the household.

Grand families are most common – regardless of whether the kinship is counted on the mother or the father. Toddlers are carried on their backs and are often breastfed up to two years of age. Childcare is everyone’s concern. Many live with relatives because of their parents’ work or that they themselves must be close to school. Sometimes the children stay at home to help in agriculture.

Sexual relationships between men are prohibited by laws since the colonial era, although the law is not usually applied. The Constitution prohibits discrimination based on sexual orientation, but LGBT people testify about harassment.

Proportion of population with access to clean water: 78.8 percent (2015)

Proportion of the population having access to toilets: 34.5 percent (2017)

Public expenditure on health care as a percentage of GDP: 8.9 percent (2015)

The government is being reformed

President Pohamba is carrying out his first re-furnishings in the government and, among other things, appoints Swapo’s Deputy Chairman Hage Geingob as Minister of Trade and Industry (see November 2007).