More than a quarter of the population lives in poverty, according to the World Bank, but the number of poor has decreased in recent years.

The economic difficulties in Mongolia after the fall of communism in 1990 led to widespread social problems and poorer health among the residents. When the state reduced its funding for health care, rural villagers were particularly affected.

During the first decade of the 21st century, healthcare received more money, including investments in preventative care. Between 2009 and 2012, state and private grants for health care doubled.

The proportion of children suffering from chronic malnutrition has decreased sharply and infant mortality has also decreased.

State care is free of charge, but quality is not always the best. In practice, patients have to buy their own medicines and take them to the hospital. There are some outpatient clinics that provide free treatment. In recent years, private health clinics have also emerged. 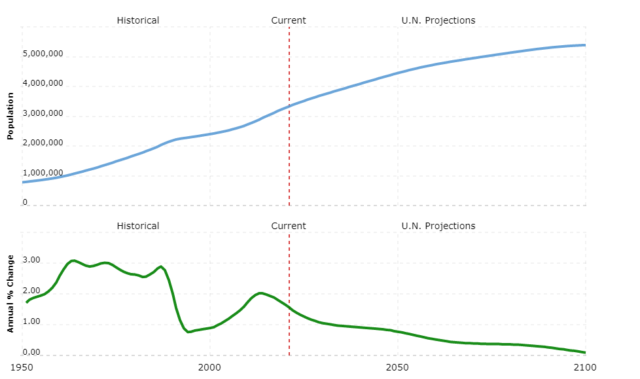 The social security system has been eroded after the fall of communism. The law does guarantee pension, unemployment benefits and more, but the amounts paid are low.

Violence against women is a serious problem. A law against domestic violence was introduced in 2004.

At the last election in 2012, women gained increased representation in politics. The proportion of female members of Parliament increased from 4 to 15 percent.

Despite the fact that the majority of the residents today live in the cities, the country is strongly characterized by the old traditions and structures of nomad life. Historically, nomadic society was divided into hierarchies of families, clans and clan associations at higher levels. The population consisted of classes such as nobility, shepherds, craftsmen and slaves.

The hierarchies and class divisions, with large income gaps, were partially erased during the communist era of 1924. When democracy and the market economy were introduced in 1990, the economic and social gaps widened again.

Among the nomad population, it is still common for two to seven family households, consisting of several generations, to live together in camps called chot ajl (a group of tents). Four to twenty chot ajl together form a neg mutgiinhan (people from one place) who distribute the work between themselves and constantly move across the steppe together.

In traditional Mongolian nomadic life, the women managed the home, cooked and raised the children. The men hunted and took care of the animals, the trade and the crafts. Historically, the youngest son inherited the majority of the parents’ animals. Today, gender roles and inheritance rights depend less on traditions and more on each family’s standard of living and the impact of a more modern society with influences from the western world.

The old tradition of arranged weddings is basically extinct. Today, young Mongols choose for themselves who they want to marry. Similarly, the norm with a large family with several children is less common today, although children are highly valued by tradition. Child rearing is taken care of by the whole family. Although more and more children attend school, it is generally easier for girls to complete compulsory basic education. Among nomads and the poorer population of the city, boys are still considered more useful at home.

The information on the situation of sexual minorities is insufficient. Police harassment occurs and some law clauses can be used against, for example, gays. There are a couple of organizations that defend sexual minorities. In 2013, the first pride festival in the country’s history was organized.

Proportion of population with access to clean water: 83.2 percent (2015)

Proportion of the population having access to toilets: 58.5 percent (2017)