While the Mauritanian upper class has become rich in mining and commercial fishing, the vast majority of residents live in great scarcity as small farmers or livestock keepers. Although the proportion of poor people in the population has decreased, the country is still one of the least developed in the world. Almost half of the population is considered poor.

The general health situation is bleak. Access to clean water is limited, substandard sewage systems are spreading diseases and almost half a million Mauretanians are malnourished. Common causes of death are malaria, measles and diseases of the airways, stomach and intestines. Health clinics and hospitals suffer from a lack of equipment and personnel. Maternal and child mortality rates are high, but have nevertheless declined in recent years.

There is a social insurance system that provides the few Mauretanians with a formal employment of modest pensions, sickness benefits and more.

Mauritanian women are discriminated against in several ways. The Islamic Sharia law, which is partially applied in the country, makes a difference between men and women. Among other things, it is required that two women testify in order to have the same value as a man’s testimony. Female genital mutilation is traditionally a significant problem in all ethnic groups except wolof. Although the state has been campaigning against genital mutilation, at least a quarter of the women have been subjected to the intervention. In 2010, some 30 Islamic scholars signed a fatwa, a religious injunction, which prohibits female genital mutilation. 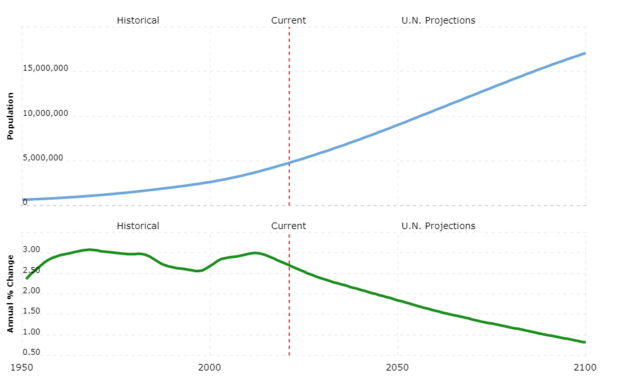 Prior to the 2006 parliamentary elections, a law was passed requiring that every fifth candidate on the party lists be female.

A man may have several wives, but few Mauritanian men have more than one wife. Divorce is relatively common and can be taken on the initiative of the woman. That rarely involves any stigma. The family can thus consist of one man, several women and children from the various wives. Several families are part of a clan through kinship. Forced marriage of underage girls occurs.

Children’s rights are lacking in many respects. A child can be punished already at the age of seven. According to the law, children can be punished with whipping or amputation of limbs, but it was a long time since such punishments were meted out. Aga is common both at home and at school. The minimum age for work is 14 years, but it is common for even younger children to be forced to do body work. Discrimination against disabled children, street children and girls in general is not uncommon.

Homosexuality is prohibited and subject to the death penalty for men.

Proportion of population with access to clean water: 69.6 percent (2015)

Proportion of the population having access to toilets: 48.4 percent (2017)

Public expenditure on health care as a percentage of GDP: 4.6 percent (2015)