Iceland has a welfare system and social legislation that is very similar to those in the other Nordic countries. The standard of living of Icelanders is at roughly the same level as the other North Boroughs. Health care is of a high standard and the life expectancy is among the highest in the world.

The social security systems cover general old-age pensions (the retirement age is 67, but sailors and fishermen can be retired earlier), widow’s pension, occupational injury insurance, unemployment insurance, health insurance and family support (for example, child benefits up to the age of 18). Social assistance is also available, as is support for disability.

The public sector accounts for three quarters of social spending. The remainder is mainly paid by employers, while a small part is paid by employees through deductibles. 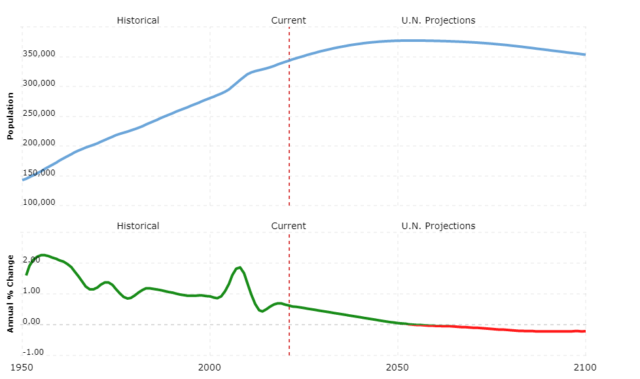 Icelandic society is socially equal in comparison with most other countries. Iceland is also one of the world’s most equal societies, and the country has a long tradition of fighting for women’s rights. More than 80 percent of Icelandic women work outside the home, one of the highest figures in the OECD. Parental allowance is paid for nine months, of which each parent has three months that cannot be transferred to the other. In addition, three months can be freely distributed between the parents.

Child mortality is among the lowest in the world. It is not uncommon for children from the age of twelve and up to help the family with jobs, especially in agriculture during the summer when they are off school.

Public expenditure on health care as a percentage of GDP: 8.6 percent (2015)

Prison for Landsbankis for this CEO

The former head of Landsbanki, Sigurjón Árnason, is sentenced to one year in prison for manipulating the market in the run-up to the financial crisis in 2008. Two other former officials at Landsbanki are also sentenced to prison for fraud.

Geologists warn of greatly increased seismological activity at the volcano Bárðarbunga, which is adjacent to the large glacier Vatnajökull about 30 km northeast of Reykjavik. More than 300 people are evacuated from a national park near the volcano. There are no permanent residents in the area, but many tourists. A few days later, lava flows out of the volcano.

The Icelandic government formally withdraws the country’s application for EU membership. It also announces that no referendum on the issue will not be held. The decision leads to thousands of EU supporters protesting in the capital.