Guyana is one of Latin America’s poorest countries and income distribution is skewed. More than a third of the residents live in poverty and almost one in five is considered extremely poor. Most really poor people live deep inland.

The hopes are high that the newly found oil resources will provide significantly better finances and enable substitutes for health care and education, among other things (see also Natural Resources, Energy and the Environment).

Many Guyanans depend on money that relatives abroad send home. Pensions for sick and old have been around since the 1960s, but have been eroded many times through inflation. Other social protection networks are also inadequate and do not include everyone in need. Many NGOs help the poorest but the lack of collaboration between them makes them less effective. 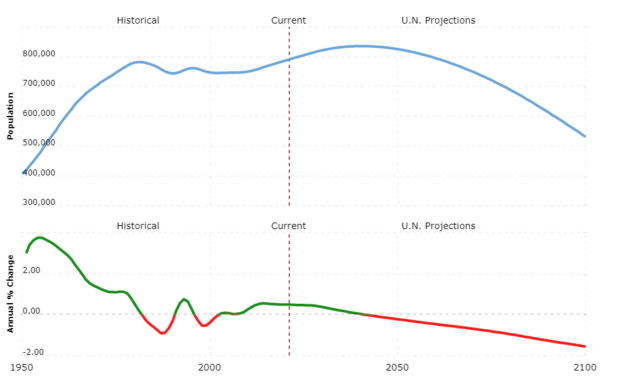 Guyana is a transit country for drug and arms smuggling, which has also fueled domestic violence. The murder rate is one of the highest in South America. Physical and sexual violence against women, especially in the home, is described as a serious problem.

The shortcomings are large in health care, which is particularly poorly developed in rural areas. Sanitary problems such as lack of clean water are common. The proportion of HIV infected is among the highest in Latin America. In Guyana, there is, among other things, a factory for the manufacture of brake medicines, which are partly subsidized by the state.

Same-sex sexual relationships are still considered a crime. Gay and bisexual people are constantly at risk of being abused and are generally reluctant to report them to the police as they risk being punished themselves.

Malaria is a problem in some parts of the hinterland.

Proportion of population with access to clean water: 95.1 percent (2015)

Proportion of the population having access to toilets: 85.8 percent (2017)

Public expenditure on health care as a percentage of GDP: 4.5 percent (2015)