The Gambia is a poor and undeveloped country, falling into the bottom tier of the world’s countries on the UN agency UNDP’s Human Development Index. However, some social progress has been made in recent years. Nine out of ten Gambians now have access to clean water and life expectancy has increased.

However, almost half of the population lives in poverty. About one in four children suffer from malnutrition. Child mortality has gone down slightly but still almost 64 of 1000 children die before the age of five (2019).

Health care has major shortcomings, it is bad for both staff and hospital beds.

Diseases such as malaria, tuberculosis and dysentery are common. The Gambia, however, has received good ratings for its HIV/AIDS prevention work. In 2016, the UN agency Unaids estimated that around 20,000 people were living with HIV or AIDS. That year there was hardly a third infected access to treatment for the disease. Particularly exposed to the risk of being infected with HIV are prostitutes, truck drivers and male beach goers who are locally known as “bumsters” and who often have sex with men. 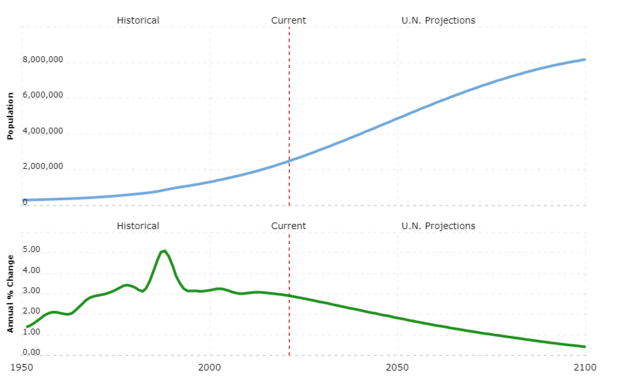 Daily life varies to some extent between different groups of people. Women are generally subordinate to men, even though they are legally equal. Polygamy occurs in all ethnic groups, and traditionally the marriage has been arranged.

It is common to have a breakdown of agricultural work: women often do daily chores while men do, for example, cleaning work. Women often take care of traditional rice cultivation in the marshlands along the river, while men take care of the crops further up. In all ethnic groups, kinship counts primarily on the paternity and women are disadvantaged in inheritance.

Violence against women within the family is widespread but is rarely reported. Especially in the countryside, many young girls are forced to get married. Female genital mutilation was banned by law in the fall of 2015 and countered by the authorities, but is still occurring. In 2016, child marriage was banned and long prison sentences were imposed for those who are somehow involved in forcing girls under 18 to marry.

Kinderaga is also common and is generally considered necessary for child rearing. An increasing problem associated with tourism is the sexual exploitation of children. The problem began to become more and more prominent during the 2000s. There are also reports of trafficking in children used for prostitution.

A growing problem is the presence of Latin American drug cartels, which have begun to use various West African countries as a port of shipment for cocaine intended for Europe. There are reported signs that the drug spikes have penetrated the Gambian networks for re-export.

Proportion of population with access to clean water: 80.1 percent (2015)

Proportion of the population having access to toilets: 39.2 percent (2017)

The November 24 presidential election draws some attention abroad when voters, instead of ordinary ballots, receive a glass ball to be placed in the ballot box symbolizing their candidate. After the opposition failed to agree on a joint candidate, Jammeh wins the presidential election with 72 percent of the vote. The election process receives criticism from many directions for not being free and fair. The turnout is 83 percent.

Four opposition parties come together in a union, the United Front (UF), ahead of the impending presidential election in November of that year. The purpose is to try to challenge President Jammeh and his ruling party, the Alliance for Patriotic Reorientation and Reconstruction (APRC). The union includes the UDP and PDOIS as well as the National Reconciliation Party (NRP) and the National Alliance for Democracy and Development (NADD). NRP party leader Hamat Bah is elected UF presidential candidate and then leaves the party leader post for NRP.

Four are indicted for coup plans

Yet another planned coup d’état is reported to have been revealed. Three journalists and former Minister of Information Amadou Scattred Janneh are charged with treason. The crime consists of distributing t-shirts with the text “End of dictatorship”.

Former military chiefs Tamba and Fofona are each sentenced to 20 years in prison for planning a coup against President Jammeh in March 2006.