Despite strong economic growth since the mid-2010s, the Dominican Republic is one of the poorest countries in the Caribbean, as growth is not for everyone. Although the proportion of the poor has decreased, almost a third of the population still lives in poverty and almost a tenth in extreme poverty.

Since 2003, there is a compulsory social security system that will give all citizens the right to pension, health care and compensation in the event of workplace accidents and disabilities. However, more than one in five residents lack the identity documents required to access social security services.

It is estimated that between 500,000 and one million Haitians born in the Dominican Republic are virtually stateless. The slave-like working and living conditions for the Haitians in the country’s sugar production have sparked strong international protests (see Foreign Policy and Defense and the Labor Market). They are often denied education and medical care. 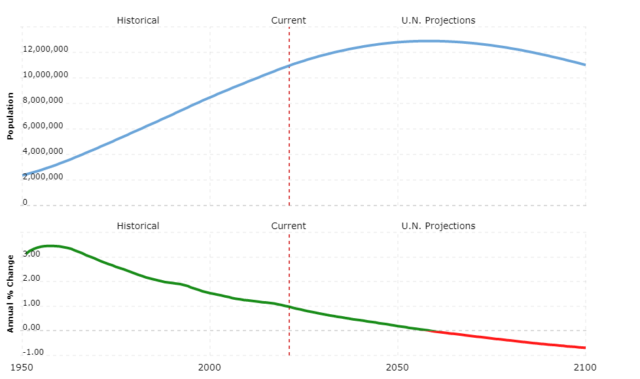 In many areas there is a shortage of water and electricity. Although the state’s health care expenditures have increased in recent years, resources are insufficient and unevenly distributed. In the fall of 2017, the doctors went on strike because promised wage increases and improvements in working conditions were not fulfilled by the government.

After a constitutional change in 2010, abortion is totally prohibited. The law is among the most stringent in the world and has led to vigorous protests from, among others, organizations promoting women’s rights. The number of deaths among women who underwent abortions – now illegal – rose immediately following the change in the law. In 2017, the Senate voted down a proposal to allow abortion in certain circumstances, such as after rape or incest, or to save the life of the mother.

The new constitution also states that marriages can only be entered into between men and women – same-sex marriage is thus expressly forbidden.

The woman’s position is exposed. Every third household consists of a single mother with children. Violence against women and children is a serious problem. Nearly 200 women per year die as a result of physical violence. Tens of thousands of Dominican women are estimated to work as prostitutes abroad. Even in the country, women and children are being tricked or forced into prostitution, which has increased with growing tourism. Trafficking in young women and children is a major problem despite the introduction of a stricter law against trafficking in 2003.

HIV positive is discriminated against. Often, employers do routine HIV testing before hiring. Routine tests are also carried out in health care and those who are positive risk being denied care.

Violence crime has expanded as international drug trafficking has increased, as has the number of weapons. The Dominican Republic is a major transit country for drugs, mainly from South America to the United States and Europe. Domestic drug consumption has also grown, as many smugglers get paid in drugs. Corruption and weak institutions make the fight against drugs more difficult.

The social divide in society is governed by both economy and race. Gadgets give status and the most light-skinned often belong to the upper class while blacks and Haitians form the upper class. The large middle group of mixed origin is often divided into indio claro (light indian) and indio obscuro (dark indian). Some take the term “Indian” as revenue for the Dominicans to deny their African origins, while others believe it is mostly a description of skin tone.

The distribution of income in the country is skewed: while the poorest half of the population receives less than one-fifth of GDP, almost 40 percent of GDP goes to the richest tenth.

Proportion of population with access to clean water: 94.5 percent (2015)

Proportion of the population having access to toilets: 83.9 percent (2017)