Dominica has long been one of the Caribbean’s (Caribbean’s) poorest countries in terms of GDP per person, and unemployment is high.

The statistics are scarce, but estimates suggest that about one in five residents lack work. In addition, many of those with jobs are underemployed.

Poverty has decreased from 40 percent in 2002 to an estimated 30 percent in 2014. Later figures are missing. Most of the indigenous people of Kalinago are considered poor.

The income differences are smaller than on other islands in the area. There are not so many eye-catching rich families on the island where most come from families who depended on cultivation for their own use. 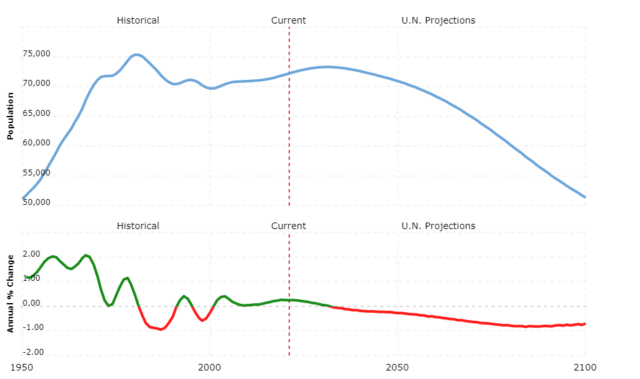 There is a social insurance system with pensions and sickness benefits and more, but it only covers those who have a formal employment or are self-employed. The social security system is financed through employer contributions. People who have no job can join the system if they pay money themselves. There is no unemployment insurance.

Health care includes a few smaller hospitals and a number of health centers spread across the country. However, seriously ill patients must seek care in the capital Roseau or alternatively be flown abroad, for example to the neighboring islands of Guadeloupe or Martinique.

Gay acts are prohibited by law and can provide imprisonment for up to ten years. The attitude towards sexual minorities is generally intolerant.

Crime is lower than in most neighboring countries in the Caribbean, but according to local media, crime is increasing in all areas. Increasing problems with heavy drugs are linked in the debate to Venezuela’s growing influence and the transit trade in drugs run by Venezuelan criminal associations. Britain and the US assist in the fight against drug smuggling.

Proportion of population with access to clean water: 96.5 percent (2015)

Proportion of the population having access to toilets: 77.9 percent (2015)

Dominica’s mountainous terrain is a challenge for anyone traveling across the island. Car or bus is the main means of transport. Railway and domestic flights are missing.

The road network covers 150 km of country roads. The major roads run along the coasts but there are also winding main roads over the mountains in an east-west direction. A large part of passenger transport is by private minibus.

There is a deep harbor outside the capital Roseau. From the port of Roseau itself there are fast links to Guadeloupe, Martinique and Saint Lucia. In the city of Portsmouth further north on the east coast there are anchorage options for cruise ships.

Neither of Dominica’s two airports can receive international flights, but they are operated by the regional airline Liat, which flies tourists from nearby islands. The smaller of the airports is located half a mile north of Roseau on the west coast. On the east side where the landscape is more low-lying is the larger Douglas-Charles airport.