Health care is free of charge for anyone under 15, pregnant women, disabled people and pensioners. Child allowance is paid until the child reaches the age of 15. The amount varies depending on household income. 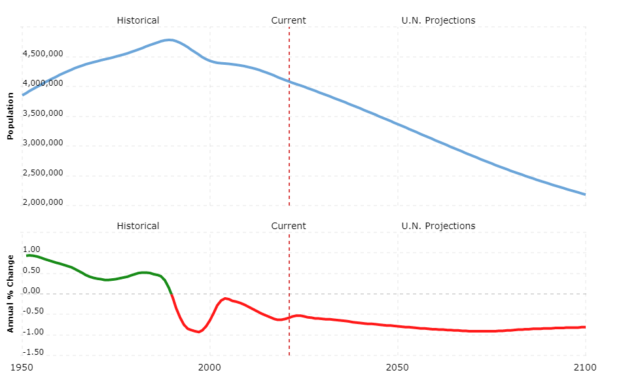 There is also special support for poor and war veterans.

Discrimination on grounds of sex is prohibited by law. Despite this, women earn less than men and they are more affected by unemployment. Only 13 percent of Parliament’s members are women after the 2016 election.

Minority groups, especially Roma and Croatians, are subject to discrimination. According to Amnesty International, Croatian Serbs, among other things, find it more difficult to get public employment.

LGBTQ people are also a vulnerable group, although the situation has improved.

A partnership law gives gay couples the same rights as married, with the exception of adoption. The law was passed after a conservative Catholic organization succeeded in pushing through a 2013 referendum to include a ban on same-sex marriage in the constitution. The Constitutional Court ruled in 2020 that gay couples have the right to be foster parents, which was welcomed by rights groups but criticized by conservative forces.

Abortion is allowed until the tenth week of pregnancy, according to a law from the communist era. Since independence, conservative groups with the support of the Catholic Church have been running a campaign against abortion. Since 2003, doctors can choose not to perform abortions for “conscience reasons”. More than half of the doctors who could perform abortions now refuse to do so, according to a 2019 survey.

Proportion of the population having access to toilets: 96.5 percent (2017)

Ivo Sanader is sentenced to ten years in prison and five million euros in fines. He was convicted partly of having “shot himself at war” and received bribes from the Austrian bank Hypo in 1994, and partly for receiving millions from the Hungarian oil company MOL 2009, when he was prime minister. MOL must have paid to acquire a majority share of the Croatian oil company INA.

Gotovina and Markač (see April 2011) are acquitted by the Appellate Chamber of the UN War Crimes Tribunal in The Hague, with the votes being 3-2. The acquittal is greeted with cheers by thousands of people waiting for a big-screen TV in Zagreb on the message, and the two receive a hero reception when they return to their homeland. “I think it’s fair that the boys are back home,” is Prime Minister Zoran Milanović’s comment. The court’s former chief prosecutor Carla del Ponte, on the other hand, expresses regret over the acquittal.

Big protest against the government

Public servants embark on a large demonstration against wage cuts and other austerity measures. It is the first comprehensive protest against the barely year-old left-wing government.

Jadranka Kosor is replaced by Tomislav Karamarko as leader of the severely crisis-hit former HDZ party.

Just over 66 percent say in a referendum yes to the accession treaty that Croatia signed with the EU in December, but only 44 percent of voters take part in the vote.