The majority of the people of the Comoros live in scarce circumstances and the political unrest in the country has contributed to deepening poverty. The vast majority of comorbidities support themselves through small-scale cultivation for their own use.

There is no social legislation in the real sense and the health care sector has major shortcomings. Hygiene is poor and there is a shortage of medical equipment, trained staff and medicines. Many comorbidities do not have access to clean water, which increases the risk of bowel disease. The lack of public health care has led to many small private clinics being opened in the cities. For many comorbidities, however, amulets and herbal medicines are as obvious cures as modern medicines.

Comorian society is clearly divided into social classes. At the same time, a so-called matrilinear system is still alive, which means that women have a relatively strong position in areas such as heritage issues and the right to own land. The woman is often considered the owner of the family’s common home. But in most contexts, men’s interests still weigh more heavily. For example, women find it difficult to enter and enter the labor market, and they are severely underrepresented in politics. 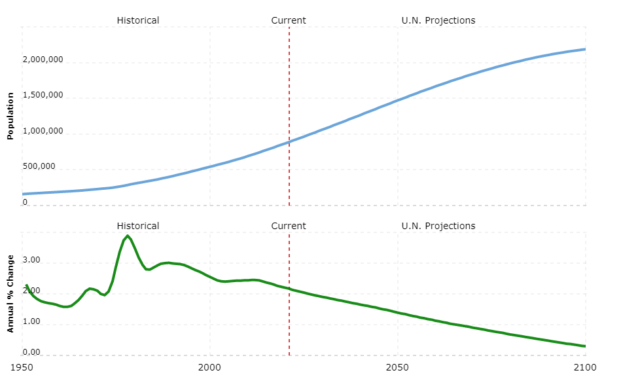 Violence against women in the home is reported to be relatively common, although prohibited by law. When the problem arises, it is usually handled within the framework of the extended family or with the help of elders. Very few cases of suspected female abuse lead to prosecution. Child labor is illegal but still occurs, mostly due to the widespread poverty that means that children have to work to contribute to the family’s livelihood.

Same-sex sexual acts are illegal for both men and women, and can result in imprisonment or fines. There is no public debate on the rights of sexual minorities.

Proportion of population with access to clean water: 83.7 percent (2015)

Proportion of the population having access to toilets: 35.9 percent (2017)

Public expenditure on health care as a percentage of GDP: 8.0 percent (2015)

In the parliamentary elections, the Baobab coalition , which supports President Sambi, receives 16 of the 24 national mandates. Other supporters of Sambi win a total of 3 seats, while the opposition gets 5 seats.

The International Monetary Fund (IMF) grants aid to the Comoros over a three-year period of $ 21.5 million. The money is mainly intended for poverty reduction.

The Comoros annul the referendum on Mayotte

The population of the French neighboring island of Mayotte votes in a referendum to make the island even more closely tied to the mother country and become a French department, that is, a fully integrated part of the French state. The Comoros claim Mayotte, which geographically belongs to the archipelago Comoros, and designates the referendum as invalid.

Yes to the strengthening of central power

Over 90 percent of voters in a referendum say yes to President Zambi’s draft constitutional supplement, which has the overall purpose of limiting the islands’ local self-government and strengthening central power. Among other things, the term of office of the Union President is extended from four to five years and the Presidents of the islands are downgraded to governors. The reform is expected to reduce the state’s administrative costs. The turnout is 53 percent.