In Cambodia there are still many poor people, but the country has made great strides in the fight against poverty given how devastated the society was after a couple of decades of war, terror and conflict. Clear improvements have been made in maternity care, infant care and teaching.

The socio-economic gaps are large, especially between the city and the countryside. There is a small rich elite in Phnom Penh while most of the peasant population has it scarcely.

In 2004, almost a fifth of the population lived in extreme poverty, according to the World Bank, which means they had $ 1.90 a day or less to cope with. More than half of the population was counted as poor, that is, they managed to make $ 3.1 a day. In 2012, both groups had shrunk considerably. A few percent lived at the lower level and 20 percent at the higher level. Although many are thus lifted out of the deepest poverty, they remain vulnerable to economic downturns and live by small margins. 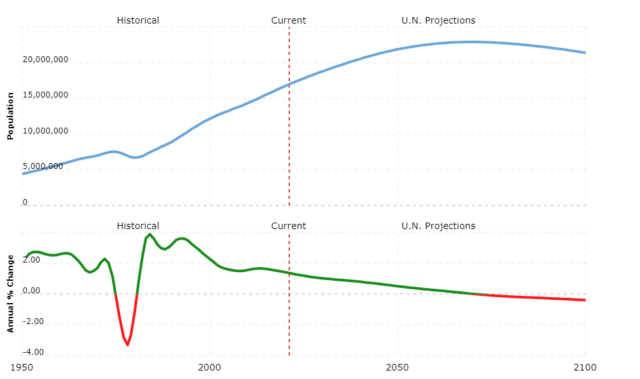 Almost half the population does not have access to electricity. One in four Cambodians lacks running water and more than half do not have access to drains. Many children under the age of five suffer from malnutrition and are short in growth for their age.

Many Cambodians suffer from so-called post-traumatic stress due to war and terror. Cambodia is one of the countries with the largest proportion of people with disabilities in the world, mainly because of reduced injuries. Thousands of civilians have died from mining explosions and tens of thousands have been disabled.

Public health care is in short supply, although, for example, maternal and infant care has improved in recent years. Cambodians are allowed to pay the health care costs themselves.

Human trafficking, mainly from Cambodia to Thailand, occurs and both men and women and children fall victim. Many of the victims are forced into different kinds of work, others have to beg or prostitute themselves.

Women make up a majority of the workforce. They account for a significant part of the small-scale trade and of the labor force in the textile industry. Many also go abroad to work. In the public sector, however, women are under-represented, as is the case in politics.

Gender roles were partially broken down under the rule of the Red Khmer, when a greater proportion of men than women were in the military or subjected to persecution (see Modern History). It helped women to take over even physically burdensome work. Women also often take care of family finances. At the same time, there is a traditional attitude that women should be subordinate to men, and only men, for example, can become Buddhist monks. Violence against women in the home is common.

Marriages are usually arranged by the family and within their own people group, although coercion does not normally occur. The groom buys a morning gift, perhaps in the form of jewelry or clothing. Polygamy was legal until 1989 but in modern times has been most practiced by the royal family. However, a mistress can still be called “other wife”.

Inheritance is shared equally between the children, but the one who cares for old parents can get more and the one who has left the village may be less. Toddlers get a lot of attention. Children learn to respect older people, parents and older siblings.

Proportion of population with access to clean water: 75.0 percent (2015)

Proportion of the population having access to toilets: 59.2 percent (2017)

The Red Khmer Tribunal raises new charges against Khieu Samphan, Ieng Sary and Nuon Chea. This time, the old Red Khmer leaders are being prosecuted for genocide targeting Cambodia’s Vietnamese and Muslim minorities. They have previously been charged with war crimes and crimes against humanity (see also Political system).

Prime Minister Hun Sen offers Thailand’s deposed Prime Minister Thaksin Shinawatra a sanctuary after he was sentenced to prison for corruption in his home country. The government hires the exiled Thaksin as an economic adviser.

The first trial begins at the special tribunal that has to investigate the leaders of the Red Khmer who are still alive. The prison chief Kang Kek Ieu (Duch) is charged with 16,000 cases of murder and torture and crimes against humanity (see also Political system).