Myanmar developed during the military dictatorship into a socially layered class society, with high-ranking military and bureaucrats at the top and the peasant population and the ethnic minorities at the bottom. Today, around a quarter of residents are estimated to live in poverty. The problems with drug abuse are great.

Traditionally, Myanmar was a socially relatively equal society, at least within the Burmese majority. The social divisions that existed were essentially an ethnic link: the Burmese had a head start over the ethnic minorities in all contexts.

Under military rule, especially after the 1988 coup, society was polarized dramatically. The military emerged as a distinct upper class. Through corruption and abuses of power, the country’s limited wealth ended up largely in the pockets of the higher military. Drug smuggling is one of the upper-class income sources, including the military. 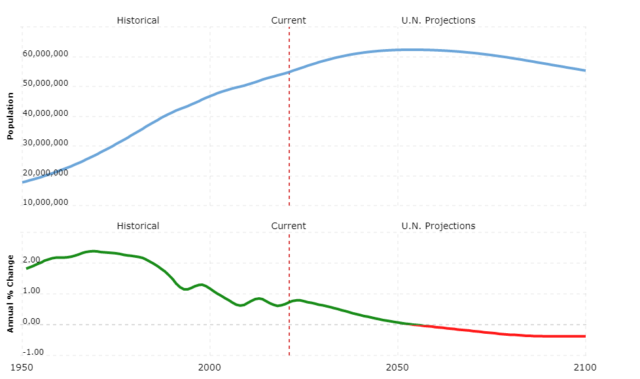 Economic liberalization after 1988 led to the privatization of many state monopoly companies. As in the former Communist bloc in Eastern Europe, many privileged people of the old elite were able to make a fortune after coming across state enterprises at underpriced prices, not always with honest methods, but also higher officials and others with good contacts could be turned into big business.

The vast majority of people, both in the cities and in the countryside, are now a distinct subclass who live in difficult economic conditions. A measure of poverty was in the early 2010s that every third child under five suffers from malnutrition.

The oppression of ethnic minorities has not diminished in the 2010s. In principle, the minority people have nothing to say about society and are financially disadvantaged. Their access to education and care is much worse than for the Burmese. A particularly hard-hit people group is the stateless Muslim Rohingy (read more in the situation of the Rohingy and in Current Politics).

In the Burmese family, there is in principle relative equality between woman and man. Both sexes have the same inheritance rights and are legally entitled to equal division of housing in case of divorce. At the parents’ death, the inheritance is shared equally between the children, regardless of gender. Women have the same right of ownership as men and the same right to freely choose a profession. Arranged marriages usually belong to the past. Women’s independence is illustrated by the fact that they keep their maiden names in marriage. Family names do not exist in Myanmar at all.

In practice, conditions are far from perfect. Women are not given the same opportunities as men to advance in the labor market and their influence in politics is weak. Opposition leader Aung San Suu Kyi is a brilliant exception, but her strong position is partly due to her father being the country’s major national hero. In terms of pay, women are also far behind men, even for the same tasks. Although laws on sex trafficking have been enacted in recent years, it still appears that Myanmar women are forced to become sex workers in neighboring countries. In war zones dominated by ethnic minorities, women are often subjected to sexual violence by the soldiers or put into forced labor.

As a rule, Burmese live in nuclear families, but the concept of nuclear families is often considerably broader than in the West. In addition to husband, wife and children, a household may include an unmarried aunt, a grandparent who has become lonely on old days, perhaps a cousin from the country. The husband is the head of the family, but in practice the wife has as much to say about financially.

In the countryside, men and women share fairly fairly in the tasks of agriculture, although some chores are typically male and others are always performed by women. The men are responsible for plowing and sowing, women set the rice plants. The men make metal or wood utensils, the women weave fabrics.

Despite the fact that Myanmar has signed and ratified the UN Convention on the Rights of the Child, poverty in particular is often difficult for children. Child labor is common and many children from families with problems end up on the street, where they support themselves to beg or steal. Child prostitution is commonplace, and poor girls run the risk of being abducted and sold as prostitutes in Thailand.

A particular problem is the forced recruitment of children into soldiers by the army and the ethnic militias. Up to 20 percent of the army’s soldiers are said to be under the age of 18, even though it is not permitted by Myanmar law. The UN is pushing the authorities to abolish the use of child soldiers.

Although homosexuality is prohibited by law, it is stated that there is a relatively high tolerance for sexual minorities. There seems to be no systematic harassment.

There is a limited social insurance system that includes pensions for public employees who also receive some compensation for illness, maternity and work injury.

The relatively well-functioning free health care many years ago has been neglected. Malaria and tuberculosis are common and outbreaks of plague occur. Access to healthcare and medicines is considered to be as poor as in the poorest African countries. The situation is worst for the ethnic minorities in war zones.

A consequence of the cultivation of opium is a widespread drug addiction. The spread of HIV / AIDS has rapidly increased in these groups through infected syringes. Since the first year of the 21st century, Myanmar has been cooperating with voluntary organizations to limit the spread.

Proportion of population with access to clean water: 67.5 percent (2015)

Proportion of the population having access to toilets: 64.3 percent (2017)

Public expenditure on health care as a percentage of GDP: 4.9 percent (2015)

Aung San Suu Kyi registers its party NLD which was dissolved in connection with the 2010 parliamentary elections.

President Thein Sein signs a law that allows peaceful demonstrations, provided that the organizers apply for a permit at least five days in advance.

US Secretary of State Hillary Clinton will visit Myanmar and pledge support and re-establish diplomatic relations if reforms continue.

The NLD will participate in the reform process

The NLD decides to participate in the political reform process after the abolition of the law that prevented Aung San Suu Kyi from running for parliamentary elections (see March 2010).

Signs of a cautious reform process can be discerned when a number of political prisoners are released and unions are allowed.

Construction of a controversial Chinese-funded dam and a hydroelectric plant is being suspended. The decision is interpreted as a rare concession to public opinion.

Former Prime Minister Thein Sein takes over as president of a formal civilian government (in reality military-backed). The vast majority of ministers were military until the start of the election campaign.