Bolivia has long been considered one of South America’s poorest countries, but high economic growth in the decade following the turn of the millennium has reduced the proportion of poor and the social differences between rich and poor have shrunk.

The proportion of residents living below the national poverty line has decreased, from 59 to 35 percent between 2004 and 2018, according to the World Bank.

Poverty is the worst in the countryside, and the social and economic gaps between city and country are deep. Moving into the cities is extensive. The situation among the indigenous peoples is particularly difficult. They have poorer than average health among the population, as well as shorter life expectancy, lower incomes, poorer education and higher unemployment. 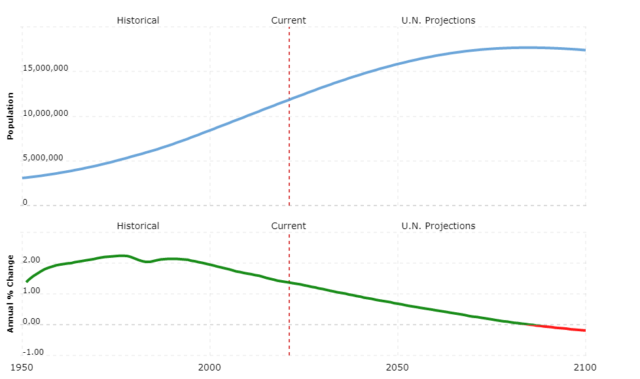 The indigenous peoples’ ability to create a better social and economic situation improved when Evo Morales, himself an aymara, became president in 2006. Morales focused on fighting poverty and improving public health. One goal was to give all residents access to basic healthcare, clean water and free school food.

Good income from exports of natural gas, in particular, made it possible to introduce popular cash grants to many poor households. Parents get paid for letting their children go to school, pregnant women get compensation if they visit maternity care, and poor elderly people who have never received a pension before receive money in hand.

The majority of residents have previously been excluded from the social security system, as they lack formal employment. A relatively developed social insurance system was otherwise built up in 1956 with old age pension, accident and disability insurance, maternity allowance and general health insurance. In 1996, a new pension system was introduced with individual, privately managed pension accounts.

However, the pension system changed at the end of 2010 when the government decided to nationalize the pension funds and expand the system so that it would also cover a large part of those working in the informal sector, ie with black jobs of various kinds. At the same time, the retirement age was lowered from 65 to 58 years. The retirement age was further lowered for miners and women with more than three children.

The challenge of improving health care is enormous. The care is inadequate and has been concentrated in the cities. The health of the population is poor, especially in the countryside. Malnutrition is a difficult problem, as are poor hygienic conditions.

However, developments are going in the right direction. An example of this is that the high infant mortality was halved between 1997 and 2012 from 66 to 33 deaths on 1,000 births.

Society is male dominated. Women are discriminated against, even though the law provides for equal rights for men and women. The lower the social group a woman belongs to, the more common the discrimination becomes. About three-quarters of all women in Bolivia have been subjected to violence, according to a report by NGOs. Most often it involves domestic violence from a spouse, partner or other male family member. Abortion rights are limited.

After an attention-grabbing murder, where the police have long ignored the murdered woman’s reports of violence, in 2013 a new law against violence against women was adopted. The crime can now give 30 years in prison and sexual abuse can give 20 years in prison. In addition, specially trained lawyers and courts must handle cases of violence against women in order to give the victims better opportunities to claim their rights and get out of life-threatening violence.

Discrimination on the grounds of sexual orientation is prohibited by law. However, marriage can only be concluded between man and woman. But according to a 2018 ruling in the human rights court that belongs to the OAS regional organization, same-sex marriage must be approved by all countries that have signed a U.S. human rights convention.

Proportion of population with access to clean water: 92.9 percent (2015)

Proportion of the population having access to toilets: 60.7 percent (2017)

Public expenditure on health care as a percentage of GDP: 6.4 percent (2015)

Opposition candidate Manfred Reyes Villa, who lost the presidential election against Morales, flees across the border to Peru and heads to the United States to avoid charges of corruption in Bolivia.

The government confiscates the ranch

The government confiscates a 12,500-acre ranch from a soybean grower, one of Morale’s foremost political rivals. According to the Deputy Minister of Land Affairs, the ranch land should be distributed among Guarayo Indians.

Grand victory for Morales and his party

President Evo Morales is supported by 64 percent of voters in the first round of the presidential election, securing a second term in office directly. In second place with 27 percent comes Manfred Reyes Villa, candidate for the Alliance Progress for the Bolivia-National Assembly (PPB-CN), which brings together a number of right-wing groups. Morale’s Party The Movement for Socialism (MAS) is given a two-thirds majority in Parliament and thus the opportunity to amend the Constitution on its own. The MAS receives 88 seats in the Chamber of Deputies and 26 in the Senate, Progress for the Bolivia-National Assembly (PPB-CN) receives 37 and 10 seats respectively, the Front for National Unity (UN) receives 3/0 and Social Alliance (AS) 2/0.

According to the authorities, Lake Titicaca (one of the world’s highest navigable lakes) has reached its lowest water level since 1949 through evaporation, which is believed to be due to global warming.

Prohibition of animals on circus

A new law is passed that prohibits the use of animals in circus performances. According to animal rights activists, it is the first law in the world of its kind.

A lawsuit is initiated against former President Gonzalo Sánchez de Lozada, in his absence. Sánchez de Lozada is accused of killing over 60 people in the protests in October 2003. He has been living in exile in the United States ever since (see Modern History).

President Morales orders an American diplomat to leave the country after the diplomat is accused of conspiring with opposition groups. It happens six months after the US ambassador is expelled.

A referendum approves a new constitution, described by President Evo Morales as a new start for the country and an establishment for the indigenous peoples. Over 60 percent of the participants vote yes. The vote is preceded by violent protests and a fierce political debate. The new Constitution, which comes into force in February, will mean increased state control over important natural resources and increased autonomy for the regions.

The state takes control of the gas producer

The government takes control of Pan-American Energy’s local natural gas producer and warns other privately owned companies that they will face the same fate if they do not comply with Bolivian law.