Bhutanese living conditions have improved significantly in just a couple of decades. Poverty has decreased significantly and life expectancy has increased by 20 years. In the small farming villages that most Bhutanese live in, the earth suffices for a pretty good life with enough food on the table.

Bhutan was for a long time a very poor country with high infant mortality and short life expectancy. The situation has improved significantly in a short time. The proportion of poor people, according to the national classification, was around a tenth in the 2010s, a substantial reduction from more than a third at the turn of the millennium.

Almost all residents now have access to clean water and at least every other has access to drains in the home. In principle, all Bhutanese have access to health care, although some live far away in order to easily utilize it. A national pension plan introduced in 2000 primarily includes civil servants and the military. 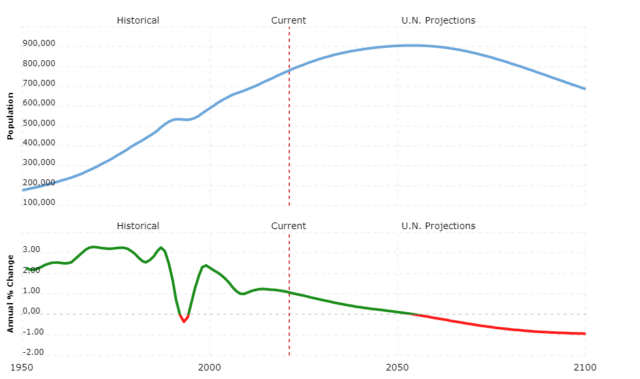 In 2004, Bhutan became the first country in the world to ban the sale of tobacco products. However, the law has been criticized, and after a protest storm on social media, the king issued amnesty for 16 people incarcerated for tobacco possession. The law was also somewhat mitigated.

Despite a rapid move into urban areas, most Bhutanese still live in small villages in the countryside. Even the agglomerations are small in size.

Agriculture and livestock care for housing needs characterize the lives of many residents. Still, the Bhutanese are usually quite prosperous; the earth is sufficient to meet the basic needs.

Until recently, crime was very low. However, the number of burglaries, thefts and robberies has increased in recent years with the increasing openness to the outside world.

The Buddhist tradition is reminiscent of everywhere except in southern Bhutan where Hinduism predominates. In the villages and along roads and paths there are plenty of temples, monasteries, stupors, prayer wheels and prayer flags. Also, the residential buildings are often decorated with religious motifs in different colors and patterns. Pictures of animals or flowers also exist.

The houses usually have a ground floor where animals are kept, a floor plan that constitutes housing and one for storage. In Bhutanese homes there is often a prayer room with a small altar and pillows to sit on. A chair is reserved for high-ranking monks, who on occasion are expected to visit the house.

The women have a pretty strong position. They live side by side and interact freely with men, unlike in other countries in the region where women and men are largely separated. In principle, women and men have equal access to education, health care and other care. By law, women and men have the same inheritance right. In large parts of Bhutan, it is traditionally daughters rather than sons who inherit farm and land. The woman often acts as head of the family and newly married couples often move home to the woman’s family. In the home, men participate at least in part in household chores. Boys, and not just girls, learn how to cook and clean.

However, the woman’s strong position in the private sphere is not reflected in business or politics, where she is under-represented. In southern Bhutan there is also a more patriarchal tradition.

Polygamy is permitted and occurs to some extent. Both men and women can have multiple spouses. In the countryside, several brothers or sisters sometimes marry a single counterpart, as a way to prevent property from being split into too small units. But the mill is also found among the elite: Jigme Singye Wangchuck, who abdicated from the King’s throne in 2006, has four wives who are sisters to each other.

Being gay, bisexual or transgender was punishable until June 2019, when the parliament, with a large majority, scrapped the sections of the Criminal Code which stated that “unnatural sex was illegal”. Bhutan has never punished anyone under the now scrapped the law and tolerance towards LGBT -Persons is relatively large in the community, even if discrimination occurs.

Proportion of population with access to clean water: 97.6 percent (2015)

Proportion of the population having access to toilets: 69.3 percent (2017)

Public expenditure on health care as a percentage of GDP: 3.5 percent (2015)