Social security systems are well developed in Bahrain. The country’s own citizens are entitled to sickness and unemployment insurance as well as old-age pension.

The standard of living for citizens is relatively high and their life expectancy is among the highest in the region. Child mortality has dropped significantly since the 1970s. There is a well-developed public healthcare system and private healthcare has developed rapidly in line with the rising standard of living.

Health care is free of charge or heavily subsidized for the nation’s citizens. Foreigners who are uninsured pay a patient fee, but emergency care is free for everyone. Since 2019, employers must take out health insurance for foreign employees. 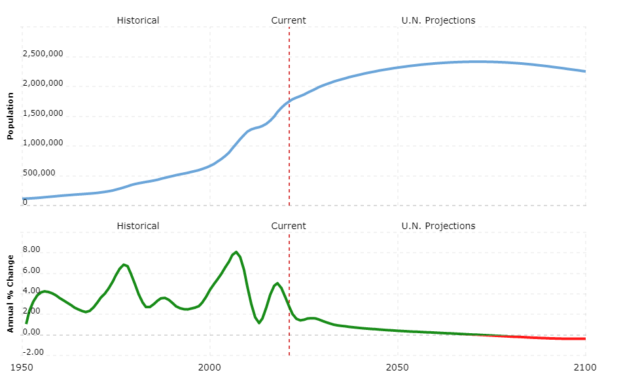 Despite the shortcomings, the situation for women in Bahrain is far better than in neighboring countries. In the years following the turn of the millennium, several legislative changes were implemented that have improved women’s living conditions.

Bahraini women are allowed to own and inherit property, have their own passports and travel abroad without the permission of a male relative. They can also choose what clothes they want to wear. Labor law does not discriminate against women, but in practice the labor market is not equal. Women receive lower wages than men for the same work and it is more difficult for women to reach higher positions in working life.

There are some differences in, among other things, inheritance rules between Shia Muslims and Sunni Muslims, but generally in accordance with the Islamic tradition, brothers inherit more than siblings and that it is easier for men than for women to get divorced. Sunni Muslim women are guaranteed custody of children longer than Shiite women. On average, women in Bahrain give birth to two children.

In 2007, a minimum age limit for marriage was introduced: 15 years for girls, 18 years for boys. Previously, no minimum age was established by law. In recent years, there have been proposals that the lowest marriage age should be raised to 18 years even for girls.

In 2006, for the first time, the government supported the establishment of a support center for persons subjected to abuse by relatives. A law on protection against domestic abuse was passed in 2015.

Proportion of women in parliament: 8 percent (2018)