The average standard of living in the Bahamas is high, but the social differences within the country are large. The tens of thousands of Haitians living in the country often live in shanty towns with poorer standards and hygienic conditions than most others.

Welfare is relatively well developed. Social benefits exist, as do sickness and parental insurance and pensions. Health care is partially tax-financed. Public hospitals are located in Nassau and Freeport. On several other islands there are health centers. A flying healthcare service reaches out to other islands. There are also private hospitals and clinics.

Drug smuggling and organized crime have risen sharply since the turn of the millennium. The murder rate more than doubled in a few years, to almost 40 per 100,000 residents in 2015. This means one of the highest murder rates in the region. Only half of the murders lead to trial. 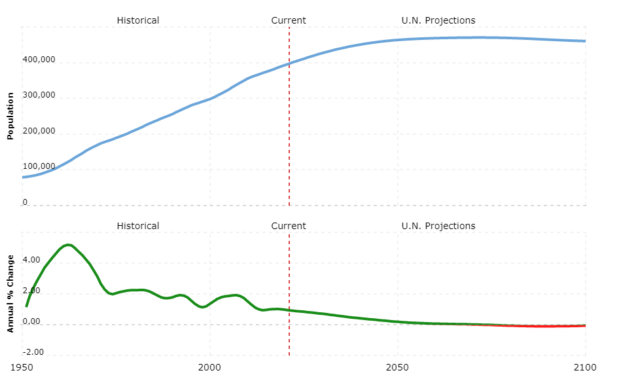 Violence against women is a widespread problem, especially within the family, where it is not prohibited. A proposal to ban discrimination on grounds of gender was voted down in 2016. The proposal was one of several in a referendum on increased gender equality, which the voters rejected with a large majority.

Child abuse is also a widespread problem, including from parents. The government and individual organizations have conducted information campaigns to reduce the problem.

Proportion of population with access to clean water: 97.8 percent (2015)

Proportion of the population having access to toilets: 94.9 percent (2017)